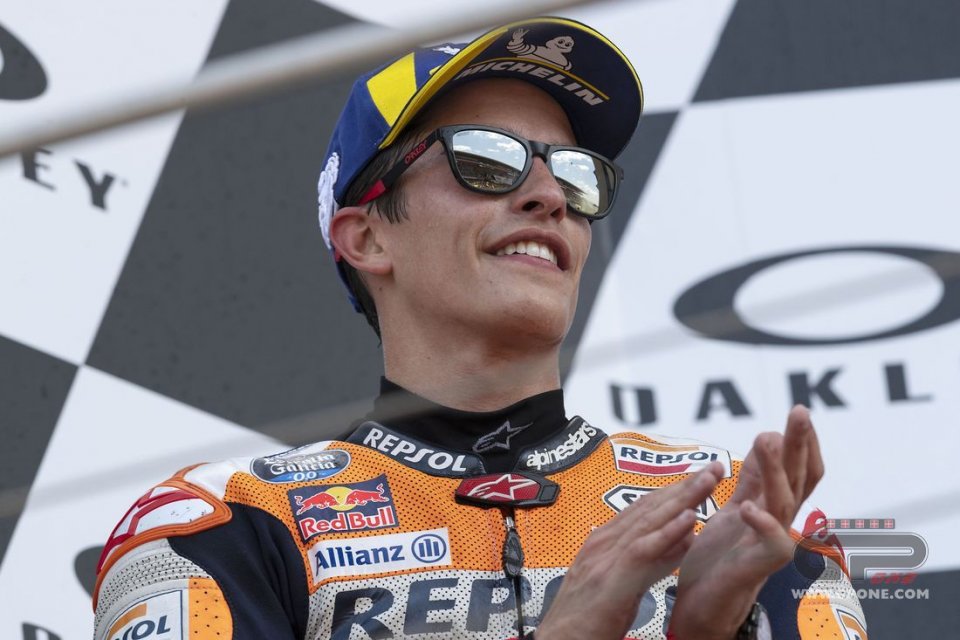 'Be content with what you have' is not a phrase that can be used in reference to Marquez or Lorenzo. Marc will definitely not arrive at Assen thinking solely about the championship (which he leads by 37 points over Dovizioso) and will want to demonstrate his supremacy once more. The Dutch track could be a good one, considering that the Spaniard has always reached the podium in the six editions he has raced in MotoGP, winning two of them.

In addition, Honda is celebrating its 60th anniversary of world championship racing and Marquez knows just what they'd like as a gift. Marc is in enviable shape right now and want to make the most of this, further extending his advantage.

“Assen is a circuit where you need to be very precise and it’s difficult to be consistent there - comments Marc - To be strong in the fast change of directions is really important to go well at Assen. I’m looking forward to racing there again as we have had some good battles in the past and have put on a great show for the fans. I am sure we will have a great race on Sunday. The weather is also looking good so I am confident we can have a strong weekend.”

Lorenzo: "I can be as fast as at Barcelona"

The situation is different for Lorenzo, but he is perhaps even more motivated than his team-mate. He was fast for the first time on the Honda at Barcelona, and if it hadn't been for the race incident, he could have done well. The Monday test following the race didn't go well for the Majorcan though, as he suffered a violent crash.

Lorenzo has recovered fully though and promises to be competitive at Assen.

“We come here after our most consistent weekend of the year in Barcelona. The end result was not as we wanted but all weekend we were able to be competitive and keep improving the bike, this is what I want to do again this weekend. If we continue to work in this way with the Repsol Honda Team, we can again have the speed like we did in Barcelona.”