The Silverstone circuit has no intention of repeating last year's disaster, when the MotoGP race was cancelled due to a track surfaces that did not guarantee sufficient drainage. The track owners have been quick to remedy the problem, investing in a full resurfacing of the track.

The work was entrusted to the Tarmac firm, while designed was entrusted to Jarno Zaffelli's Dromo (that has already managed similar projects at Termas de Rio Honda, Monza, Imola, Mugello, Misano, Sepang and Singapore, to cite just a few examples).

As we speak, an asphalt specifically designed by the Dromo studio is being laid. The work is being carried out under the guidance of Jarno Zaffelli, who was hired by Silverstone to design the surface and supervise the project.

Work began on 10 June and Tarmac is using cutting-edge technologies, including 3D scanners during the removal of the existing surfaces to improve track inclines and drainage and eliminate any irregularities in the surface.

The new surface will involve automated flooring technology to improve the quality during laying and the compaction of the asphalt. Thermometers, sensors and GPS localisation system mounted on the construction equipment will supply real time data to allow the team to precisely control the installation. More than 150 machines will be used in all. 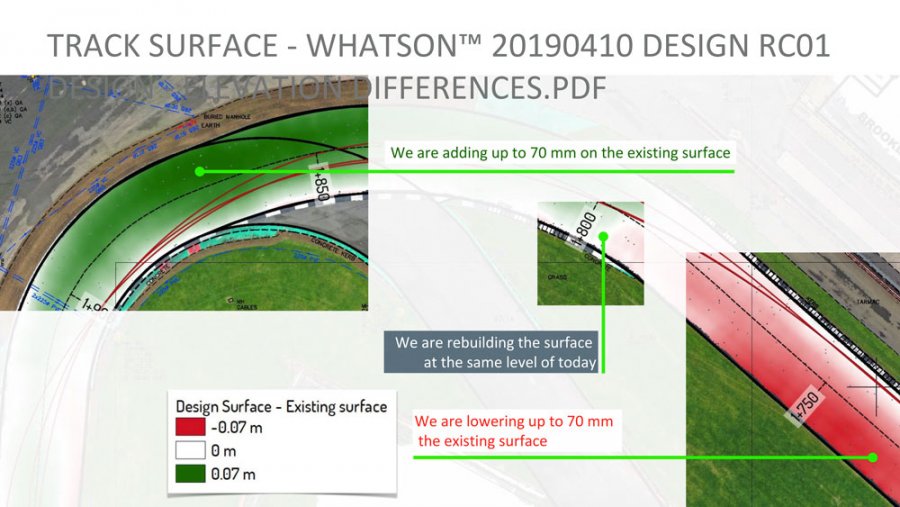 The track's ability to drain will be increased four-fold not only with the use of special asphalt but also by modifying the incline of the track. The external part of turns will be raised by 7 centimetres generally-speaking, while the inside surface of corner exits will be lowered by 7 cm, in order to channel the water.

The surface has been made as smooth as possible of course, any potholes and bumps having been eliminated. The new asphalt also promises to be 10 times more durable and 3 times more resistant than the former, ensuring the same level of grip for both MotoGP and Formula 1.

As the situation remains in a state of constant evolution, new dates for the French GP and the recently-postponed Gran Premio de España cannot be...
5 hours 24 min ago

“It would be great for the sport and the country if the interest of the past returned. Hayden was one of my heroes and I cried when he won"
1 week 1 hour ago

The 2020 MotoAmerica Series round at Michelin Raceway Road Atlanta has been postponed to the July 31-August 2 weekend due to the ongoing COVID-19...
1 week 5 hours ago

The 7-time AMA Superbike champion charged in New South Wales. Arrested and then released on bail of $50,000, his passport was revoked.
1 week 20 hours ago