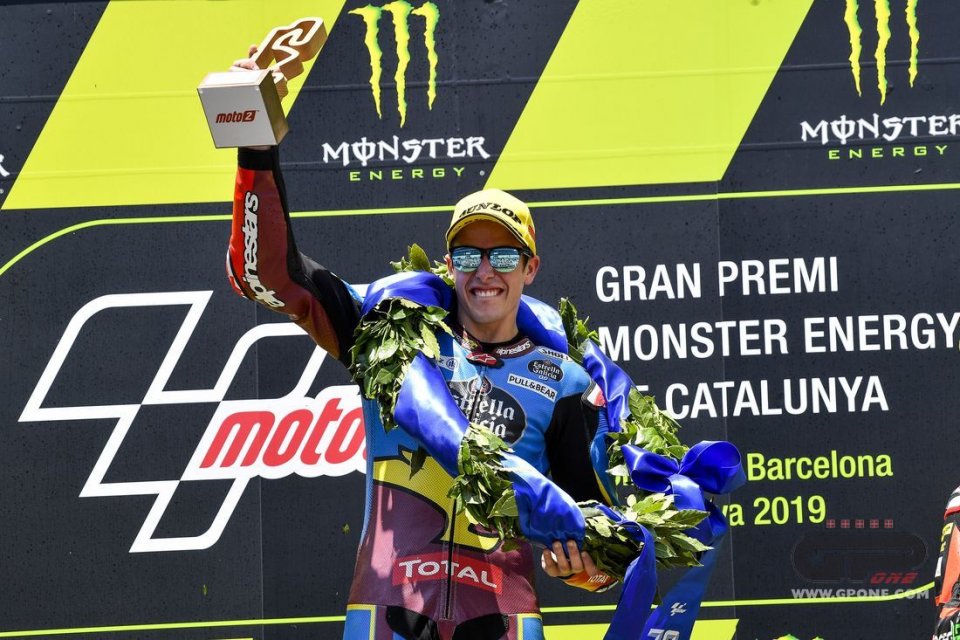 Alex Marquez is not in a hurry. If the right opportunity doesn't present itself for a move to MotoGP in 2020, he is happy to wait until the following season. He said so in an interview with AS, in which he touched on the negotiations between his manager Emilio Alzamora and the Ducati Pramac team regarding a possible move to the reigning class.

“I'm a realist - said Alex - My dream and my aim is to be in MotoGP next year but, being realistic, I'm under no illusions as there are very few places and they need to consider many things. I prefer not to think about it, because in recent years that's been a weight for me, if I do my job well, Emilio will have more strength to do his”.

Marquez is right, in that the free seats for 2020 are very limited. All the factory teams are already full, and most of the satellite teams too, including Pramac that will almost certainly retain Miller alongside Bagnaia. The only possibility might be with Avintia or perhaps Tech3, unless something unexpected occurs

So Alex may continue on in Moto2 even if he were to win the title (Zarco did the same), before putting himself on the market for 2021, when all the contracts are set to expire.

“When you make the move, it needs to be the right one, because it's very difficult to go back. The most important thing for me is the garage the people working there, the family you will have. i would sign up right now for another year in Moto2 and then a move to MotoGP in 2021. I am very happy with my current team”.

And which bike would he prefer in MotoGP? Many see him on the Honda, like brother Marc, but Alex has clear ideas about this.

“Just because my brother is in Honda doesn't mean that I have to move there too. Everyone carves their own path, has their own style and tries to understand what's the best bike for them. It looks like the Yamaha and Ducati are easiest for a rookie, the Honda more difficult. The Suzuki is good too. You have to look at the possibilities and then decide”.