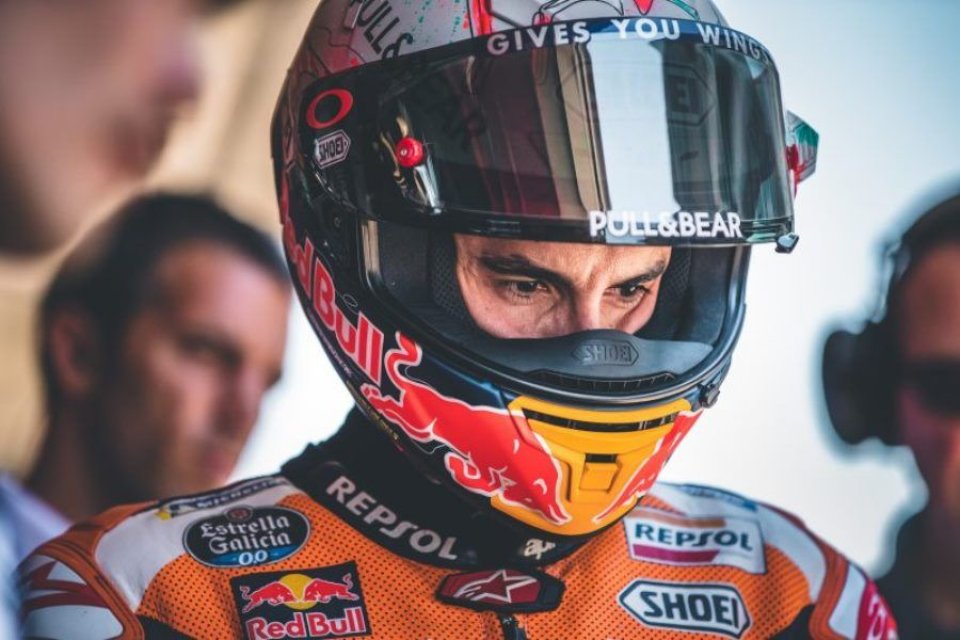 "We worked differently over the weekend, trying to be constant," Marc began. "The goal was to fight for a pole, while we'll try to aim for the top positions in the race. I think the medium tire is the best choice for Sunday. At the moment, I see about 3-4 riders battling it out for the top, and I know I'm better than in Mugello."

During the qualifying session, Marc then ended up behind Rossi's Yamaha.

"I followed more in the practice session than in qualification," he specified. "Everyone here was expecting a Honda-Ducati challenge, while the Yamahas have proven to be competitive, given that they have good speed in cornering. They can in fact rely on a good pair to be taken advantage of in all the turns. It's true that there's a long straight here, but then there are several turns where the M1s are competitive. But I only look at myself and, I must say, that in the FP4, I managed to be fast, finding the right direction. My goal is to be in the front row in all the races and, so far, I've succeeded."

Fabio Quartararo will be starting off in pole.

"Like I said in Jerez, he'll be one of the opponents this year and also in the future. He has never won the World Championship due to several circumstances he had to face, but his is the fastest Yamaha in qualifying, and it's precisely thanks to speed that you'll win sooner or later."

The attention then shifts to the episode with Lorenzo in the FP3.

"It's true that it was a practice session. The fact is that I got angry with Jorge because at that moment I risked remaining out of the Q2. If you go see the replay, I managed to get in with the worst performance of the year. Among other things, similar situations occurred in the past, where I was penalized, while it went differently with Mir in Mugello. I understand that Jorge apologized but, at that moment, your heart is bursting out of your chest."

The qualifying sessions have ended, now everyone is concentrated on the race.

A lot will depend on who will lead the race from the first laps. If a rider is fast, then I have to push, otherwise, reduce the pace. Personally, I expect a very glowing finish. I think the only bikes that can breakaway are the Yamahas. In fact, I consider them competitive, we saw it in Qatar, but also in the qualifications in Mugello and Jerez. And there are actually three here in the first two rows. Quartararo revved up the batteries of the Yamaha riders."

Finally, there are those who expect Quartararo to break away.

Alvaro and Leon Haslam will be back in action on Thursday and Friday at Motorland, new material and engineers expected from Japan
3 hours 10 min ago

For the first time the riders will use the brand new rear tyre in the race which will be put to the test by the extreme heat. In MotoE tyres made...
6 hours 1 min ago

The Dutch team (which was supposed to run with Tom Toparis and Gianluca Sconza) has postponed its debut in the World Cup due to the financial...
15 hours 20 min ago

Among the other teams, Webike SRC Kawasaki France Trickstar (EWC champions) and Moto Ain (Superstock champions) will use the French tyres
3 days 7 hours ago