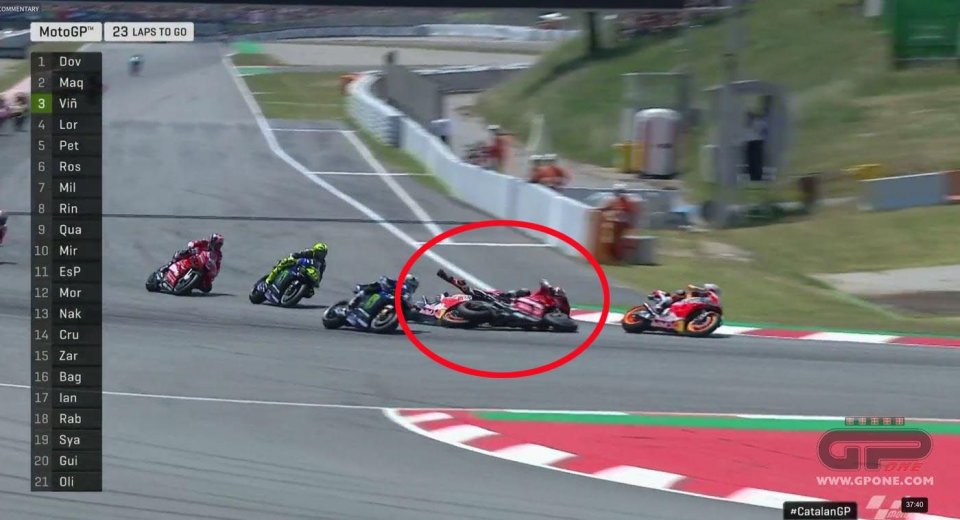 A rather black day for Jorge Lorenzo. For a few laps at least, the Spaniard enjoyed the feeling of being in the mix for the positions that count, but his dream was soon extinguished with a crash at turn ten, one that didn't just put an end to his own race but also that of Vinales, Dovizioso and Rossi. Jorge explained what happened to SKY. 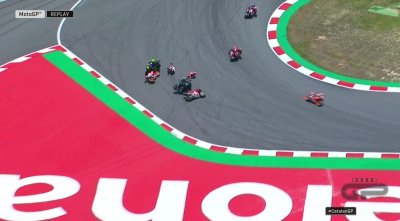 “I got away well and made up many places thanks to a few mistakes by certain riders in the traffic. I could see I was braking effectively, through the previous turn Marquez and Vinales were holding each other up, Maverick closed the throttle and I moved closer in the slipstream. I tried to pass him but had already reached the turn, so to avoid Dovizioso I braked harder, which caused the front to close on me”.

The disappointment on the Majorcan's face is clear to see, and all he can do is apologise.

“In the last three or four years. we've seen various episodes like this, today I made the mistake and the thing that I'm really sorry about is that I also caused Andrea, Maverick and Valentino to crash. I would have preferred to crash alone, seeing as the error was mine, but traffic through those turns in the first part of the race facilitates these episodes. I made a mistake today and I'm sorry for them, I wish that only I had crashed”.