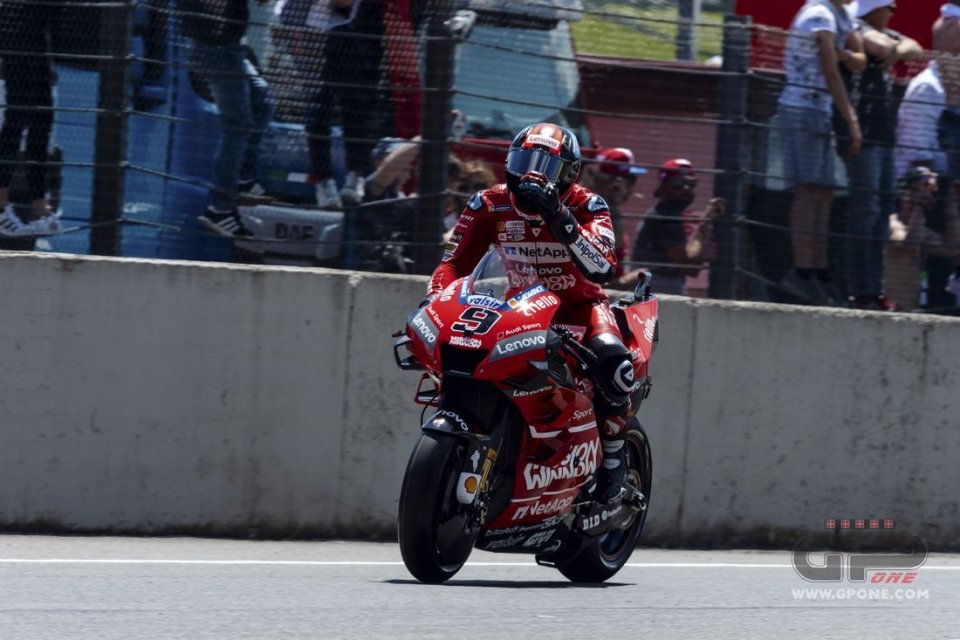 After seizing the second, consecutive double podium, this time in front of its home fans in the Italian Grand Prix at Mugello thanks to a fantastic win in a sprint finish by Danilo Petrucci – who took his maiden victory in MotoGP – ahead of Andrea Dovizioso, third on the finish line just three tenths of a second behind his teammate, the Mission Winnow Ducati team is ready to resume action for the seventh round of the season, the Grand Prix of Catalunya at Montmeló (Spain).

The Borgo Panigale factory has already enjoyed several memorable moments on the track on the outskirts of Barcelona, as it took its historic, first MotoGP win in 2003 with Loris Capirossi in what was only Ducati's sixth outing in the new top class, but it also claimed back-to-back wins more recently with Andrea Dovizioso (2017) and Jorge Lorenzo (2018).

Let's discover 10 key facts about the Catalan round:

- This year will mark the 28th edition of the Grand Prix of Catalunya at the Montmeló track. Since its inauguration in 1992, the circuit has been hosting the World Championship each year. Together with Jerez, Assen, and Mugello, it's the only circuit that has hosted a World Championship round every year since then.

- Since 2018, the Barcelona-Catalunya Circuit has a new configuration: the second-to-last corner, which was not utilized after Luis Salom's fatal crash, is back in the layout after the expansion of the run-off area, while the Caixa corner (#10) adopts the same configuration used by Formula 1.

- Loris Capirossi took Ducati's first MotoGP win at the Grand Prix of Catalunya in 2003, which was only the sixth race in which the new Desmosedici GP took part to. Ducati conquered seven podiums overall at Montmeló.

- Andrea Dovizioso won the Grand Prix of Catalunya in 2017, coming back from seventh on the grid to seal his second consecutive win after the home triumph at Mugello.

- With his third-place finish at Mugello, Andrea Dovizioso has passed Randy Mamola for top-class podiums scored – 55 – and is now just three podiums shy of fellow countryman Max Biaggi, who occupies the 10th place all-time in this particular list.

- After six rounds, Andrea Dovizioso is just 12 points shy of provisional leader Márquez, while he was trailing by 29 one year ago. Compared with 2018, the Italian rider has collected 37 more points thus far.

- The win at Mugello was Danilo Petrucci's eighth MotoGP podium – all claimed with Ducati – and now the Italian rider is fourth all-time in terms of number of podiums claimed for the Borgo Panigale factory behind Casey Stoner (42), Andrea Dovizioso (32) and Loris Capirossi (23).

- Danilo Petrucci is the seventh rider to win a race with Ducati in MotoGP after Capirossi, Bayliss, Stoner, Iannone, Dovizioso and Lorenzo.