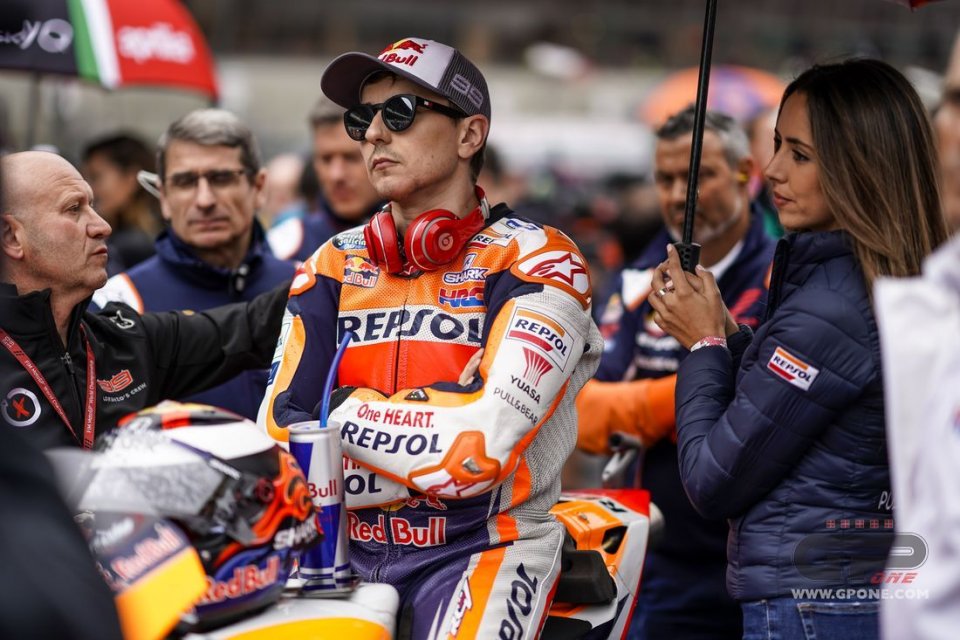 The road that leads from Mugello to Barcelona passes through Japan. It's certainly not the fastest route, but it was certainly the best for Lorenzo. After the Italian GP, Jorge boarded a plane to reach the HRC headquarters.

The rider from Majorca made it no secret that the RC213V should be modified to make the most of it. His request was simple: an easier bike. He's not the only one to make this request because even Crutchlow has repeatedly complained that only Marquez can take advantage of it now.

So Lorenzo entered the Honda's inner sanctum to directly explain to the designers what he needed, after Marquez at Mugello silenced him with a peremptory: "Before requesting something, stay up front."

Internal skirmishes aside, it was Jorge himself who declared that the hours he spent flying weren't only useful to accumulate miles.

"My trip to Japan was very interesting, and we were able to work on many things. Some will help us this weekend and others in the future," he stated. "We'll test on the Monday. I can't wait for that day to come."

Jorge desperately needs to climb back up (this time, in a figurative sense), and Montmelò is one of the tracks where he has always been strong, winning last year with Ducati.

"After a weekend of ups and downs at Mugello, I hope we can do a good job this weekend in Barcelona," he said hopefully. "We're continuing to work hard to make up for the disadvantage we have with the best."

Marquez has no worries, since he spent this week relaxing and regaining his strength. Marc won at home only once in his career and, in the past 3 years, he always came second.

"I'll be in good shape after Mugello. Both I and the bike are doing well, and I was able to rest a bit between the two GPs. I'm back at full speed," he said, suggesting that things could change this time.

"There's always a bit more excitement for the home GP, and it's always a great pleasure to race in front of all the fans. I hope to get another good result in Catalonia and continue with the work we have done so far," he concluded