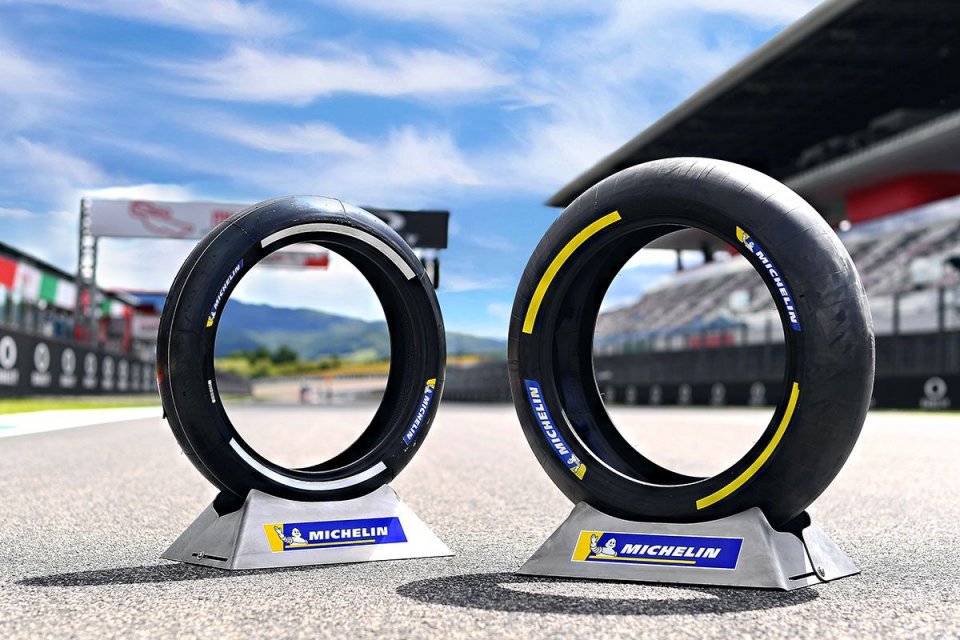 The Barcelona track will host the seventh MotoGP round, Montmelò coming as a tough challenge for Michelin. Aside from the weekend itself, teams will stay on for testing the Monday following the race, as has become tradition in recent years. Last season, it was Jorge Lorenzo who dominated on his Ducati, confirming that he had learned how to exploit the Desmosedici's potential on the back of success at Mugello too.

The tyres selected by Michelin for this weekend are the classic asymmetric rears, in a soft, medium and hard compound. As for the front, while the soft and medium solutions have a symmetrical design, an asymmetric hard tyre will also be available to riders, harder on the right side, which is subject to greater stress considering the track's eight right-hand turns.

The track was completely resurfaced in 2018 and also underwent some modifications for safety reasons. This means that all records were reset and the tyre supplier is now facing a sort of challenge with these limits, knowing that it can beat them and set a new series of records this season, as underlined by Michelin manager Piero Taramasso, who considers the track an excellent test bench at which to verify bike and tyre evolution.

"This is one of the tracks that gives an overall test for the tyres and the bikes and because of this it has firmly established itself as one of the important test venues on the calendar, as well as one of the best races. It has a complete mix of corners, a long straight and it is quite severe on the right side of the tyre, which means we need a tyre for here that does everything."

One of the certainties at the Barcelona GP is high temperatures, which can lead to significant tyre grip issues in the race.

"It can also get quite warm, so the rubber has to work on higher track temperatures as well. Last year it was a brand new surface and from the race weekend and the Monday test we got a huge amount of data which has assisted in selecting the best compounds for this season."

Beating one's own records is never easy, but Michelin can count on a wealth of experience.

"This is an event that riders and fans enjoy, the atmosphere is always good and we are relishing the chance to break our own records from last year, especially as we are now armed with more information as to what to expect from the asphalt.”