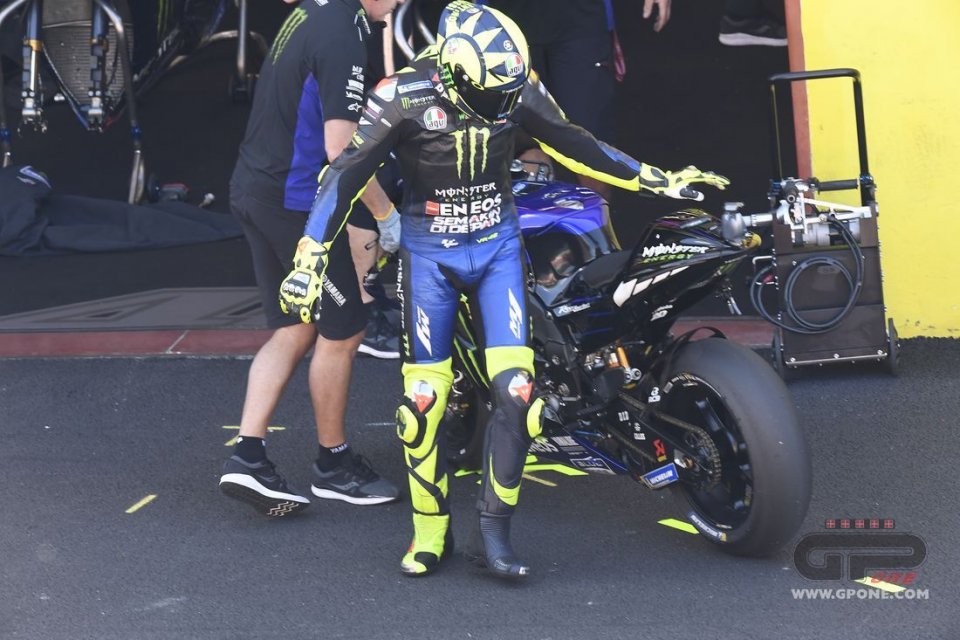 In the clamor of Petrucci's victory at Mugello, many might have missed Yamaha's new record. But it's not a positive record. Actually, it's exactly the opposite. For the first time in 15 years in the Italian GP, not even one M1 got on the podium. It was since 2004 that at least one rider with the three tuning forks logo on the tank could have a champagne celebration in Tuscany, but not ten days ago.

And, yet, the Yamahas looked fit during the qualifying session, with Quartarato in the front row, Morbidelli just behind him, and Vinales not too far away. Instead, the race once again confirmed that the M1s suffer: Maverick, the best at the finish line, took more than 7 seconds from Petrucci, Fabio came close to 18, and Franco and Rossi fell.

At this moment, Iwata's bike seems to have many weak points and no strong ones. Acceleration and maximum speed are under accusation, and all we have to do is just look at the data from Mugello (in the box to the right) to find that the M1s are constantly at the bottom of the rankings. And Yamaha doesn't even make all that of a difference anymore in corners. It got it's record snatched away by Suzuki for the fastest in cornering. After all, it can't be a coincidence that in the first 6 races of the year, 3 different bikes have won (Ducati, Honda, and Suzuki), with 4 different riders (Dovizioso, Marquez, Petrucci, and Rins), and both Yamahas aren't on the list.

The most envied and desired bike in the paddock for its balance has become the fourth force of the championship within a couple of years, constantly overtaken even by the GSX-RR. It couldn't go worse.

In recent seasons, promises and reassurances have followed. In winter, the heads of the Racing Department changed, but it hasn't been enough. Actually, if possible, the climb becomes even steeper.

Valentino Rossi knows this. For obvious reasons regarding age, the situation weighs the most on him. The Yamaha had been his lifeline after the disappointing two-year period with Ducati. Now it could be the weight around his ankle that will drag him into the abyss.

Although there is no certainty, it's likely that the Doctor is racing his last two years in MotoGP and doesn't want to do it this way. After his 18th place in qualifying at Mugello, we had to sift through the annals to find out when he was ever so behind on the grid (without injuries or penalties). Sunday's race was the worst ending to the "most important Grand Prix of the year," said in his own words. 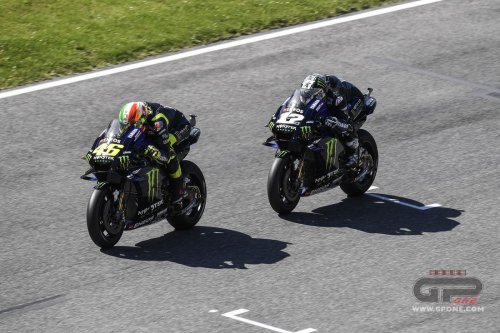 Even champions are human and, logically, after months and months of problems, you feel kicked to the curb. Valentino trains as never before. Instead, the M1 seems to float on laurels that are by now withered. Honda and Ducati are constantly presenting innovations. At Yamaha, they seem afraid to intervene on a project that the track says has more than a few limits.

Moving forward at this rate, Yamaha risks becoming the reason for Valentino's retirement. It's definitely a provocation, but not even such a remote possibility. The Doctor has no desire to race just to keep his word. At forty, a check at the end of the month isn't enough to justify the sacrifices. You have to have fun on the bike and maybe win. Things that Rossi doesn't seem to be doing right now.

"Don't worry. I'm not throwing in the towel," he emphasized at Mugello. But Yamaha needs a turning point.

There have been many promises made by Iwata in recent years, but few have been maintained. Valentino said that now there's more enthusiasm and organization even in the upper echelons, but this has not produced significant results.

By November, when he had commented on the new engine at Jerez, he seemed even too cool headed. But, in the end, the results are showing he was right. And still by his own admission, Yamaha's aerodynamics is the most outdated in the MotoGP, and he isn't mistaken here either. Valentino, however, doesn't race to be a doomsayer or to show that he understands something about the development of the bike.

But Yamaha has another (maybe not the last) chance and that'll be in August. The prototype of the 2020 bike is expected in the tests following the Brno race. First of all, it must get there, then Rossi must be convinced without any ifs, ands, or buts, otherwise, he's gonna lose it.

The time for making promises is over. What we need are facts.