Marco Melandri is back among the frontrunners in Superbike having finished fourth in today's race 1, his best result of the year aside from his podium at Phillip Island.

“Qualifying was a surprise – said the Yamaha rider– I finally have good feeling with the qualifying tyres. In the race though, I struggled early on due to overheated brakes. I was braking too early or too late and felt rigid on the bike. Then it got better and I also improved my lap times, but I continued to struggle with the front”.

Melandri finished first among the non-factory riders, after a close battle with Ratzgalioglu.

“Toprak caught up to me and we had a good fight. Finishing fourth is a good result but I thought I'd be faster."

This result also comes down to the work done at Misano last week, Melandri appearing to have found the right way to ride the R1 thanks to a smaller tank.

“We made some improvements at Misano, I changed my riding position and can now move better on the bike and understand the tyre behaviour. In this sport, as soon as you change one small detail, the rest changes too”.

Yamaha has two bikes in the top four and without Lowes' crash that would have been three in the top five, is this the R1's maximum potential?

“ I don't know if this is the best we can do. Van der Mark is the one riding the bike best. Today's wasn't a fast race, only Bautista was quick, but he runs another kind of race. As for me, I can always try to improve and we'll see where we end up”.

Predictions for tomorrow? Will you make changes to the Yamaha?

“I can finally look at the data and try something with which to be quicker. It's as if this was the first weekend of my season, because I'm finally understanding the bike's behaviour”.

We mentioned the Rea-Lowes contact that saw the Yamaha rider crash (here the reconstruction and Rea's words). Melandri was asked about the incident while Jonathan Rea looked on in the paddock.

“I didn't see much – concludes Melandri – I was too far away." 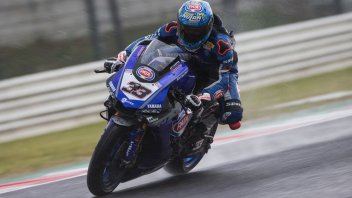 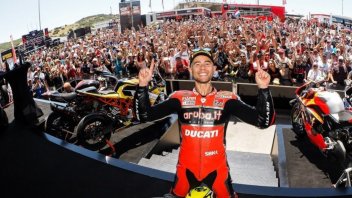 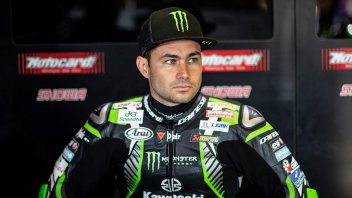 It was decided by the Board of Directors via video conference call. Previously the FIM-Dorna contract provided for a minimum of 13 Grand Prix. In F.1...
15 hours 17 min ago

An embarrassing moment for Audi Formula E driver Daniel Abt who, during the virtual race in Berlin, had an eSports professional race in his place:...
1 day 9 hours ago

Rainey: "With the way things are in California right now, there is no way we can race with spectators at Laguna Seca in July ". The series is set to...
3 days 17 hours ago

The round scheduled for the Circuito do Estoril from the 4th-5th July would go ahead as planned and become the season opener, to be followed by the...
6 days 22 hours ago