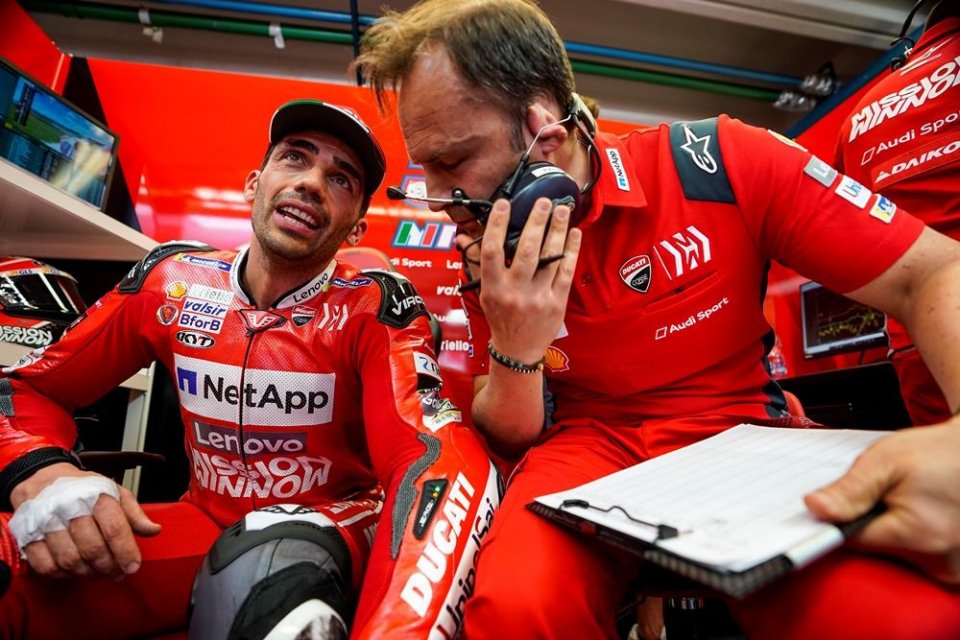 One of this week's most interesting news items regards Michele Pirro's participation in the Misano round, taking place in two weeks' time. The Italian test rider will take to the track as a wildcard wit team Barni's Panigale V4.

There is great interest in his participation, not least among his fellow riders. Alvaro Bautista: “Pirro will be a problem for everyone – warns the Spaniard - he's a fast rider and has followed the development of the Panigale V4 very closely. Michele will be competitive, also because he knows the Misano track well and so I expect a battle. I can't wait to see what he can do”.  As for Chaz Davies: “Michele's presence will be useful and will make the Misano round more exciting. It's no problem for me of course, as I'm not fighting for the title. I'm pleased for him, as he'll have the opportunity to measure up against the world championship riders. He'll find the Ducati is slightly different to what he developed, the Barni bike uses Showa suspension for example, but I expect him to be competitive”.

Aside from the Ducati riders, Johnny Rea has also spoken about Pirro's participation in the Misano event: “The fact that Michele will be there changes little for me. He's not fighting for the title and I consider him one more rival to keep behind me. I think it's a great opportunity for him and he'll be competitive. Last week he was a Misano and was very fast and consistent”.

The Italian will share the Misano garage with Michael Ruben Rinaldi: “Pirro is a very experienced rider who rides in a different way to me. Personally, I think that's important, also for my growth. I hope he gives us a hand, I see his participation as extra motivation for me to do better”. Finally, Melandri: “It's definitely a good thing to have more riders on the grid and if they're Italians, even better, especially at a track like Misano. It will create more interest in the weekend. I will be focusing on myself though and the Jerez weekend first and foremost, as I have a lot to think about.”