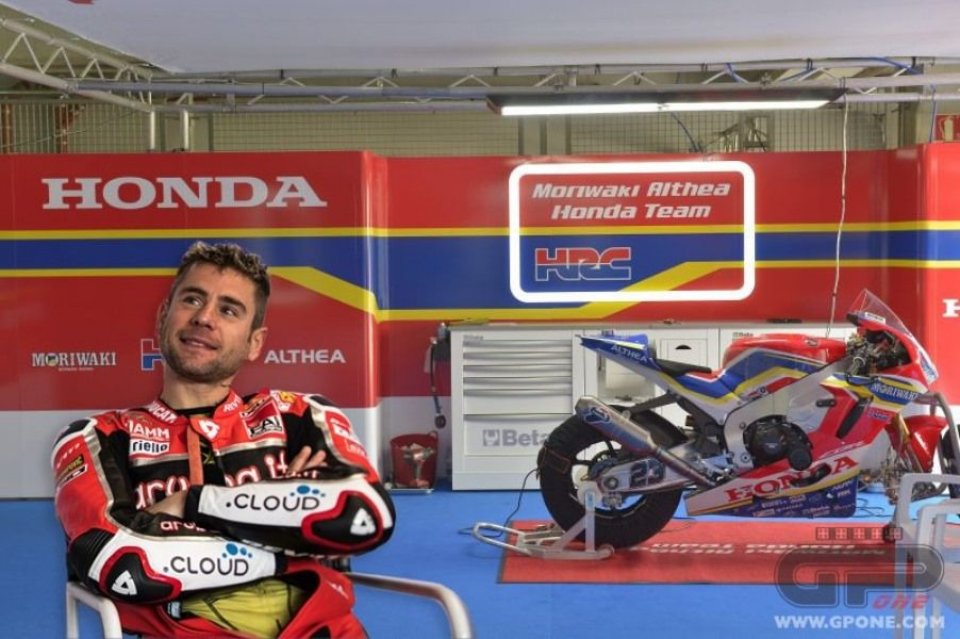 Negotiations will probably come into play after Donington on July 7th. That's right, since the British round will represent the turning point for the World Superbike, then a two-month break will follow.

The right opportunity to make the necessary assessments and eventually move the pawns for next year. At the moment, the only two riders who don't need to look around are Johnny Rea and Chaz Davies. Both the Northern Irishman and the Welshman, in fact, signed a two-year contract last year that binds them to their respective teams for 2020.

The season to come is undoubtedly one of great expectations at Honda, since HRC will show off its new bike. Given the strong investment made by the Japanese, it becomes easy to predict the engagement of a top rider in a team. One who has been followed is definitely Alvaro Bautista, this year's revelation riding the Panigale V4, which we disclosed in the last few hours. The road that leads to the Spanish rider is certainly not easy for Honda, since Ducati's priority will be to secure him for the next season, in some way, avoiding to find itself in the same situation that happened to Jorge Lorenzo in MotoGP.

Exactly, since Bautista-Ducati are a winning combination and the results achieved by n.19 in this Championship are the proof. If Honda has to pick through the Superbike World Championship, the only top rider to bet on seems to be the Spaniard. Alternatively, they'll have to look elsewhere, or in the MotoGP, or consider test driver Stefan Bradl. Certainly, they'll want to take home a first-line HRC rider but will have to figure out who'll ride with him. The best clue seems a renewed contract with Leon Camier, whose current one will expire at the end of the season. Then there's the Kiyonari issue. The Japanese rider still has a two-year contract, but this is exclusively related to Moriwaki.

Having previously mentioned Donington, we'll see Scott Redding at work in a month on the British track. As revealed by Motorcycle News, the British rider, who is currently engaged in the BSB after leaving the MotoGP, will be with Ducati as a wildcard. Who knows. Could this be a first contact in view of 2020 with the World Championship paddock?

Meanwhile, the other teams certainly aren't just standing there watching. At Yamaha, van der Mark and Lowes have an option for 2020 and the same goes for BMW with Reiterberger and Sykes. It's difficult for Shaun Muir to give up after only one year at 66, or rather, the one who oversaw the development of the S 1000 RR. On the other hand, Leon Haslam, called to secure a place for 2020 in the Kawasaki official team, is due to arrive. At the moment, the results don't seem to reward Leon, even if the latter seems to be the perfect companion for Johnny, so as not to give him trouble like what happened with Sykes in the pit. And what about Marco Melandri and Sandro Cortese, whose contracts also expire at the end of the season with GRT. All the riders of the independent teams are practically all in the same situation, like Torres, Mercado, Laverty, the new entry - Baz, and the young Toprak Razgatlioglu. With regard to the latter, there has been talk about a possible transition to the official team alongside Rea but, to date, the opportunity hasn't yet arrived. Could 2020 be the lucky year? 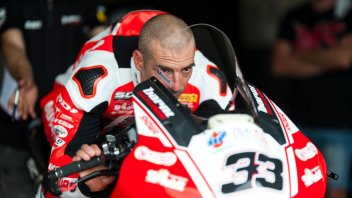 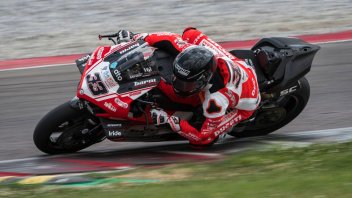 He will be replaced by Dominique Aegerter on the NTS. Jesko: "After ten minutes of effort, I'm exhausted and I see black spots,"
5 hours 47 min ago

No Fans at Washington Track Due to COVID-19 Restrictions. The Ridge Motorsports Park will be offering 2020 ticket holders the option to either...
1 day 1 hour ago

First weekend of racing for the 300 category that gave us two exciting and very tight races. Championship standings congested with Carrasco in 4th...
3 days 41 min ago

Antonellini: “We knew we were in the wrong, and we were ready to pay a fine, the expulsion is excessive. I myself have seen Dorna's men without masks...
3 days 6 hours ago

The rising star of the MotoGP is a fellow citizen of the mayor of Nice, Estrosi, who received as a gift yesterday the Pernod with which he competed...
4 days 9 hours ago

"It's great to go back to racing after watching the MotoGP races. In the heat I had problems in the Barcelona tests so this morning I tried something...
5 days 1 hour ago

The technicians unsealed the engines without communicating it, the FIM Stewards recognized the good faith but still punished the team
5 days 5 hours ago