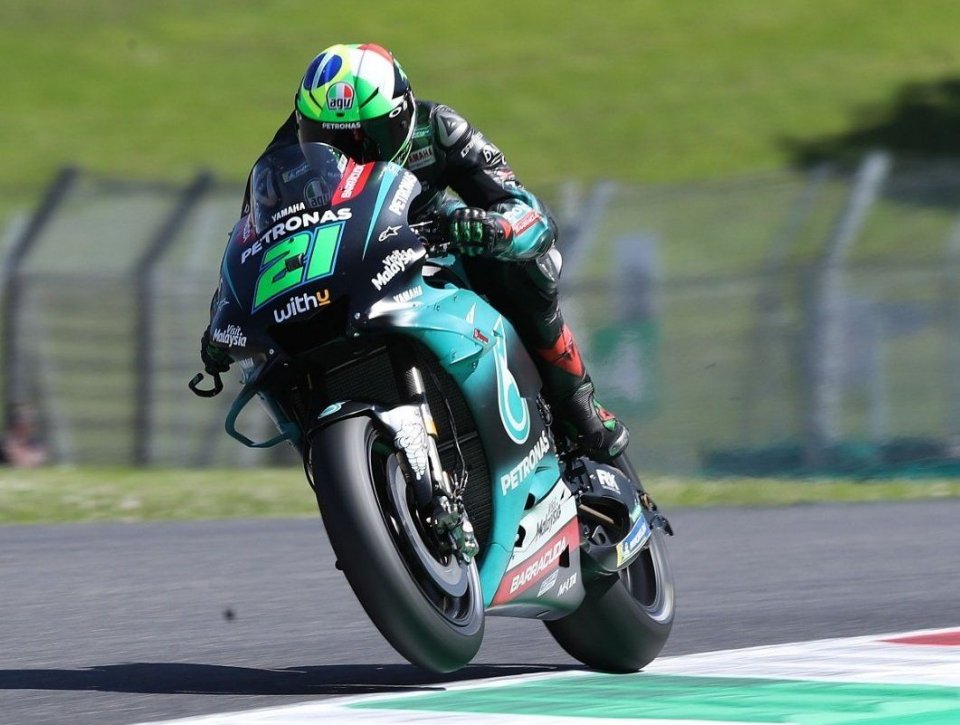 Franco Morbidelli continues his excellent trend when it comes to qualifying this season: having closed second at Jerez and sixth at Le Mans, the Petronas Yamaha rider has scored a second row start at Mugello with a time of 1'45.959.

“I'm very happy with today's performance – starts “il Morbido” - I didn't expect to be so fast in qualifying. In FP4 my sensations were good but something wasn't right on my first attempt in Q2. I got on better during my second exit and set a great time, a 1'45.959 at Mugello is really something!”.

With Franco's 4th place and Quartararo 2nd place, the Petronas satellite team has done better in qualifying at the Italian GP than the factory bikes of Vinales (7th) and Rossi (a disappointing 18th). So, what isn't working for the factory team that is working for Petronas?

“Finishing ahead of the factory bikes was unexpected. My time was good, but Fabio Quartararo is scarily good, he's so strong over the flying lap. I don't know what's not working for Vale, you'd have to ask him, I haven't spoken to him. but we all know that he can be slow in qualifying and then fast come race day, his pace in FP4 wasn't bad. Anyway, I can say I've set a time at Mugello that he's never done, and that's fantastic.”

And what will be key in tomorrow's race?

“Starting fourth is a plus, but I don't know if I can fight for the podium. The hardest and most important thing will be the tyre choice, right now I don't know what we'll put in tomorrow, we need to look at that tonight".

And as for the wonderful helmet Morbidelli has brought to Mugello? A Renaissance look and a Leonardo aphorism: “Amor ogni cosa vince”

“It stems from the fast that I wanted a nice phrase for Mugello and this can mean many things, even the fact that tomorrow we need to treat the tyres with love. I've been to the Uffizi gallery in Florence and wanted to find some aphorisms from the Renaissance period that I liked. There were some wonderful Machiavelli phrases too, but this one from Leonardo is the best. I didn't know but it's also the 500th anniversary of Leonardo's death, so it seems meant to be”. 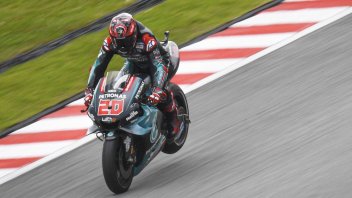 Quartararo:"I'll have the factory M1 because I've proved to be...