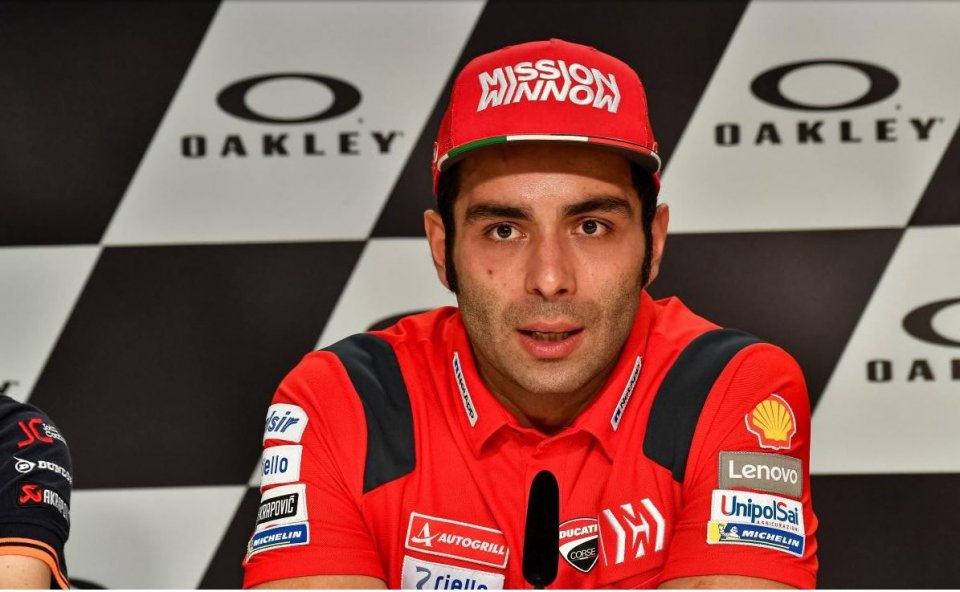 It took the Le Mans podium to restore some peace for Danilo Petrucci. The rider from Terni, a star in the winter tests and his first experience with an official team, disappointed everyone's expectations in the first races of the year, even his own, until the French podium.

"The Le Mans podium is synonymous with a good race for me," says Danilo. "It was a bitter second place for Dovizioso because he lost points on Marquez, but the third position helped me to remain calm and concentrated, in view of Mugello. Now I'm calm," he continued. "During the winter, I put pressure on myself because I did very well in the tests, and I wanted results at all costs in the first races of the year. It wasn't like that and after Austin. I wanted to disappear from this world rather than stay in Ducati. At that moment, however, I remembered that I would have given my little finger last year to race in an official team, then I told myself to forget about it and just think about having fun. From that moment I started to ride well."

Now Mugello. A track where Petrucci got a third place in 2017. What are the memories of that moment and what does Danilo expect from the race weekend?

"In 2017 , it was incredible," Petrucci recalls. "I cried on the podium because finding myself up there at Mugello was an image I had dreamed of for a lifetime. Honestly, I'd really like to repeat that podium this year, but I also remember the one in 2018. It was a a much more difficult race. I tried to recover after a bad start but, in the end, I lost some positions. This year, I feel stronger, and I want to be fast from the very start to arrive in good condition in the race."

Regarding Ducati's strong points on this track:

"Ducati is always very strong here," said Petrucci. "In the past few years Mugello has been very favorable to us and unfavorable to Marquez, but I don't know if this year will be the case. The bike is good. We'll have to do like in France, build a good weekend and give it our all in the race. I don't know if it'll be possible to win, but I want to fight for the podium. I'd bet my name on it. We'll try to get the most, but I believe that our rivals are stronger this year.”

The Le Mans podium only eased (and only in the hours immediately after the race) the gossip on Petrucci's future. Danilo only has a one-year contract and, at the moment, the spots open for 2020 are few.

"I want to stay with Ducati for a long time and win. Even if I don't dream of a victory. I think it's like one of those things you can't find at home, but you know it'll turn up. If I can't stay here next year, I'll take note of it. Maybe that'll mean that I'm not suited for doing this job, and I'll start doing something else. I've heard a few voices about Alex Marquez in Pramac. I don't know if it's true or not, but this reminds me that there aren't many spots open in MotoGP. When Ducati tells me its decision for next year, I'll see what to do also because if I don't win here, I don't think it will be possible to with other bikes. Now I' m okay, and I'll have to continue like this if I want to stand a chance."

A look at the present and the emotions that Mugello offers. What does this track mean to Italian riders?

"It'll be a great thrill to be back on the grid on Sunday, but Mugello is like that for all Italian riders and for the whole weekend. It's incredible how many people there are and the fact that when you wave, 20,000 people stand up. It's crazy. I believe that you also ride with your subconscious, so all this support surely makes you give something extra on the track." 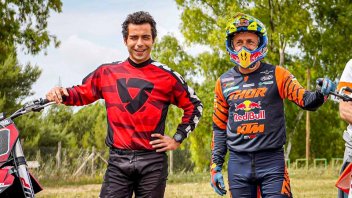 Alvaro and Leon Haslam will be back in action on Thursday and Friday at Motorland, new material and engineers expected from Japan
1 day 3 hours ago

For the first time the riders will use the brand new rear tyre in the race which will be put to the test by the extreme heat. In MotoE tyres made...
1 day 6 hours ago

The Dutch team (which was supposed to run with Tom Toparis and Gianluca Sconza) has postponed its debut in the World Cup due to the financial...
1 day 15 hours ago

Among the other teams, Webike SRC Kawasaki France Trickstar (EWC champions) and Moto Ain (Superstock champions) will use the French tyres
4 days 8 hours ago