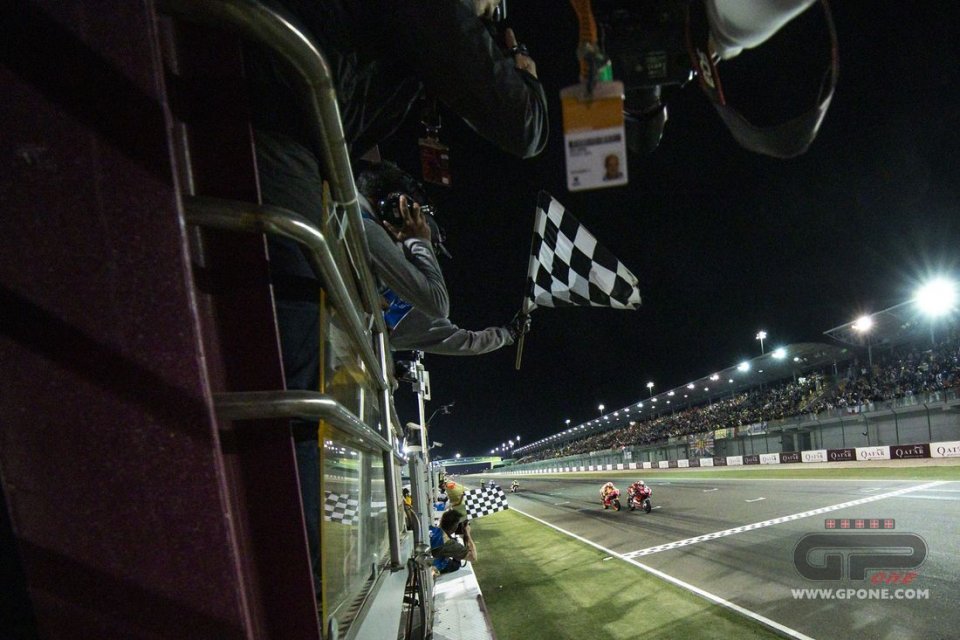 22 Grand Prixs per season, that's the number that Dorna, according to rumors, would like to see in the coming years. Lots of races, even too many for some, but it's something that has already been done by the Formula 1 (which is at 21) and that the MotoGP (now at 19) seems willing to follow.

The reason for this is simple: the championship organizer earns in two ways, from the sale of TV rights and from the money that local promoters guarantee in organizing the various GPs. The two things are connected because it's very important for a TV station to have a "home" race and, consequently, a GP in a new country attracts the interest of new stations. It's a virtuous circle, or a vicious one, depending on how you want to see it.

The need to go beyond Europe

Furthermore, and it's nothing new, Europe is no longer the market of reference for manufacturers involved in the world championship. The real numbers are created in Asia, with utility motorcycles that are sold like hotcakes. It's certainly no coincidence that first Honda then Yamaha presented their official MotoGP teams in Indonesia, a nation that does not (for now) have a GP but does have a huge number of fans.

Therefore, it's logical that Dorna wants to expand its boundaries (in 2021, the world championship should land in Lombok), even if it still wants to keep its feet firmly in the Old Continent, which remains the center of sports motorcycling. As far as we can tell, since the European legs of the MotoGP are 12 out of a total of 19, the budget in Formula 1 is very different, with only 9 races in Europe out of 21.

Therefore, for the world championship, the only solution seems to be prolonging the calendar. Also because Finland promises to be ready soon and no circuit wants to give up its Grand Prix. Every year there's talk of Sachsenring and Brno leaving, but then they were always renewed. After last year's disaster, Silverstone spent millions of Euros to refurbish the asphalt.

The anomaly is Spain, with 4 Grand Prixs, but we must say, the fans are always present. Even Barcelona invested heavily to adapt its track to the safety requirements after Salom's tragic death and the change between Montmelò and Aragon seems to be a remote possibility.

So far, the reasoning is airtight. More races mean more money but, as always, there is also a downside. The riders have never been too favorable to an increase in number of Grand Prixs. The topic was discussed several times, and the answer has always been: "there are already so many, let's not exceed 20." This was Marquez's and Rossi's opinion in the past.

Less time to recover from injuries and problems for smaller teams

Already now, with 19 races, the GP starts in March and ends in late November, and adding more would mean having a more concentrated championship, with fewer tests and more races close together. An injury could weigh much more than now without time to recover. A problem that motorcycle riders, for whom a fall is always around the corner, experience much more than their colleagues on 4-wheels.

But there is also a question of costs, which can be divided in two points. If official riders cannot test, the test teams must be reinforced but, all in all, this is a marginal problem for the teams. The transfer costs are more of a problem for small private Moto2 and Moto3 teams. Moving people and vehicles around the world, especially when leaving Europe, has a considerable cost. For an independent team, logistics has a great influence on the budget and, even if Dorna helps in this sense, it's not easy to make ends meet.

Finally, there is another aspect to consider: is MotoGP able to hold such a long championship and still hold the media's interest? The entertainment is usually not lacking, but performing practically one weekend every two could be too much.

The future will give us the answers to all these questions.