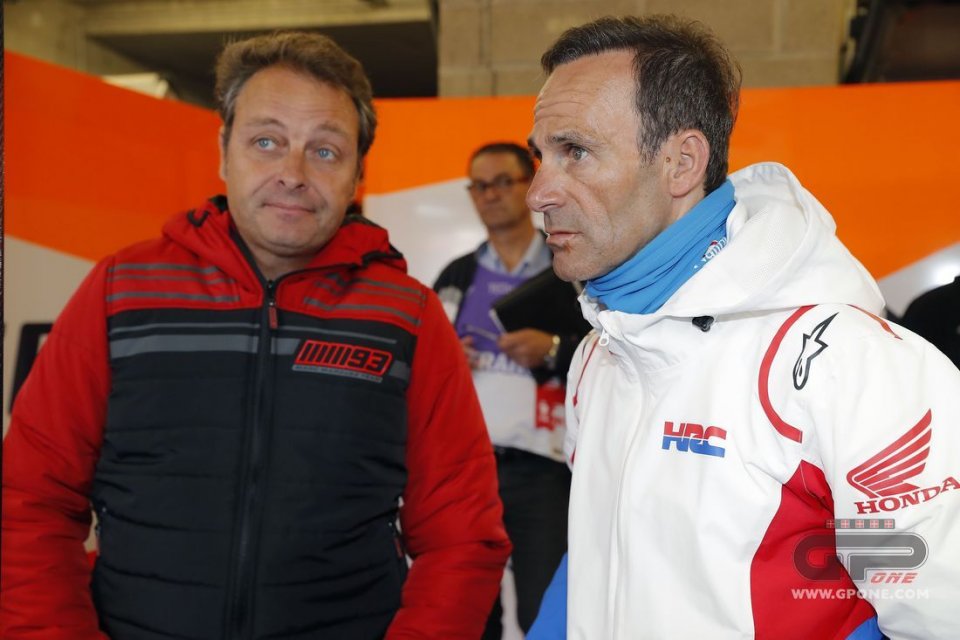 Almost an accusation against Andrea Dovizioso who was the least aggressive of the Ducati riders in France. Because even if Jack Miller attacked Marquez in the early laps, and Petrux had a great race, battling with Dovi - but treating him like a crystal vase, without ever putting him in real trouble - Andrea seemed to be satisfied with a place of honor.

Nothing new, actually. This is his way of competing. That, which in the last two seasons, allowed him to win many GPs and made him think he could challenge Marc. The fact is that beating Marquez by acting on the rebound  is not enough.

Especially today that Honda has a new engine, better than the one they had in the past two years, when the Desmosedici’s advantage in this sector was evident.

By now they've understood this in Ducati. Magic Marc, with riders at his disposal, is unbeatable, unless he makes himself vulnerable, as he did in Austin when he fell while he was laid back at the helm.

It's true, with ifs, ands, or buts you don't make history. But imagine if the Honda had solved the mysterious problem in time for the Texas Grand Prix?  Today, the world champion would have won 4 Grand Prixs out of 5 and would be at 115 points, 30 more than Dovizioso who, thanks to his opponent's problem, is now only at -8.

The different ranking would, in fact, have Andrea with 85, Rins with 70, and Rossi with 68. Not at the end of the championship, but almost.

"Marquez is surely calmer this year because the bike is at a higher level," admitted Emilio Alzamora, his manager. "Having more engine always helps."

The former 125 champion, like us, did his math and these numbers  are proof of the actual picture of the championship.

"Without Marquez's fall in Austin, he would have 30 points on Dovizioso. During the winter, he did a lot of work and so did Honda. Marc is a guy who hasn't become pretentious, and that is very important. It's true that we have many people around but, in the end, he is that simple guy he's always been and this, in the end, destroys his rivals."

And while he makes his way to the top of the Borgo Panigale summits, the idea that to win the world championship they need another Stoner, namely Magic Marc, Emilio thought up a good one: open up a path that could lead him to Ducati in 2021 by offering them  another Marquez for next year: his brother!

"It's true, we're talking with Pramac,"  Alzamora confessed. "We have a nice friendship with them. It's normal that Alex is thinking about the possible options for switching to MotoGP. Of course, you have to earn a place in a satellite team and Paolo Campinoti's is a great team. Alex is still very young, but to get to the premier class, he has to find a good place..."

And a good bike. Like the Ducati. And Alex Marquez in Pramac would be a good Trojan horse.

"They're two different things," Emilio argued. "But I've always been treated well by the Italians. And I've always had good relations with you. Don't forget that Pecco Bagnaia grew up in my team, in Spain, with Monllau. He arrived later to the VR 46!"

Bringing number 1's brother to Borgo Panigale in its satellite team is a good strategy. Certainly there's a risk of creating communicating vessels, but if the goal is to bring over Magic Marquez, it's a risk that can also be taken.

"What do you want me to say? You never know. It doesn't hurt to ask! " concluded Emilio Alzamora. 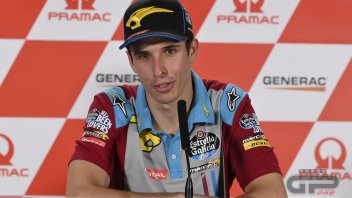 Alvaro and Leon Haslam will be back in action on Thursday and Friday at Motorland, new material and engineers expected from Japan
19 hours 42 min ago

For the first time the riders will use the brand new rear tyre in the race which will be put to the test by the extreme heat. In MotoE tyres made...
22 hours 33 min ago

The Dutch team (which was supposed to run with Tom Toparis and Gianluca Sconza) has postponed its debut in the World Cup due to the financial...
1 day 7 hours ago

Among the other teams, Webike SRC Kawasaki France Trickstar (EWC champions) and Moto Ain (Superstock champions) will use the French tyres
4 days 23 min ago