There was a KTM shining at Le Mans and it was Pol Espargarò's. On the day when Johann Zarco did not end up in front of his home crowd, the Spanish rider kept the colors of the Austrian team high, setting a memorable sixth place behind Valentino Rossi. Besides this, there are also the four seconds that separated him from the podium.

"I'm obviously happy with this result," Pol began. "I was at the limit today, especially in the first corners, then also for the rest of the race.  But inside of me, I wanted to try, since my sensations were good, and I had realized that since Friday."

Were you able to start off on the right foot?

“Exactly, fighting with the best from the start means that we've managed to progress and work well with the bike. It's precisely because of this that I can say we have a good package, and all this gives me confidence in view of  Mugello. Obviously, I don't know what to expect from the Italian GP, but I know what we were able to do today. We must, therefore, continue on this path also because we were able to move forward during the tests in Jerez."

Is the bar set higher now?

"Our expectations are high, and I'm looking forward to racing in Italy. Even if  I was at the limit today, I'm satisfied because it means that I can ride the bike like this but, above all, it's able to maintain its current level."

We saw you go up against Rossi, Petrucci, and even Morbidelli.

"I have to say that Danilo has a particular way of overtaking, given that he doesn't care about the other riders. He enters corners, then throws you out. Among other things, he came and slammed my rear with his wing, and I even damaged it. This makes you realize how heated the scuffle was. In the end, that's his way of racing, and you can see that we have a different way of conceiving races, even if fortunately nothing happened."

Can we say that the scuffle with Rossi and Morbidelli was calmer?

"I tried  to go against Vale. I overtook him in the first few laps, but I didn't have what it takes to keep the necessary pace. Among other things, Morbidelli also slammed into me in the same spot as Danilo but, like I said, that's how races go. Franco was very strong today. I particularly struggled with my speed in corners. In fact, I had to protect myself, while I was able to take advantage of my bike's potential when exiting."

About the Jerez tests. How useful were they?

“Compared to the race in Jerez, we changed the bike, and the changes we made are helping us a lot. Certainly, the carbon swingarm has made the RC16 more competitive, given that I can now push to the limit, while in Jerez I wasn't able to."

However, his speed in corners is still his Achilles heel.

"Unfortunately, I’m struggling in corners, and we saw that today too, since I was always trying to protect myself. However, my acceleration has improved. We have to concentrate on our strong points and make the most of them." 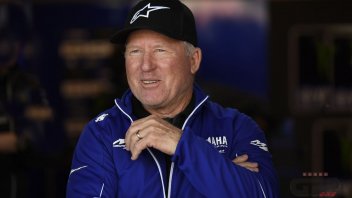 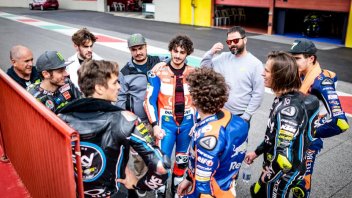 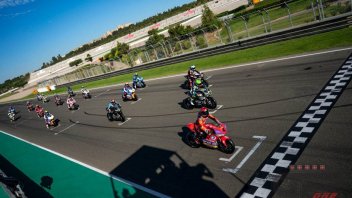 After a request from broadcasters, riders will have more time on the grid to allow for better coverage of all the teams.
36 min 24 sec ago

Dorna signed from 2022 to 2026. The Ricardo Tormo circuit will alternate with the others on the Iberian peninsula but will remain the last race of...
1 week 15 hours ago