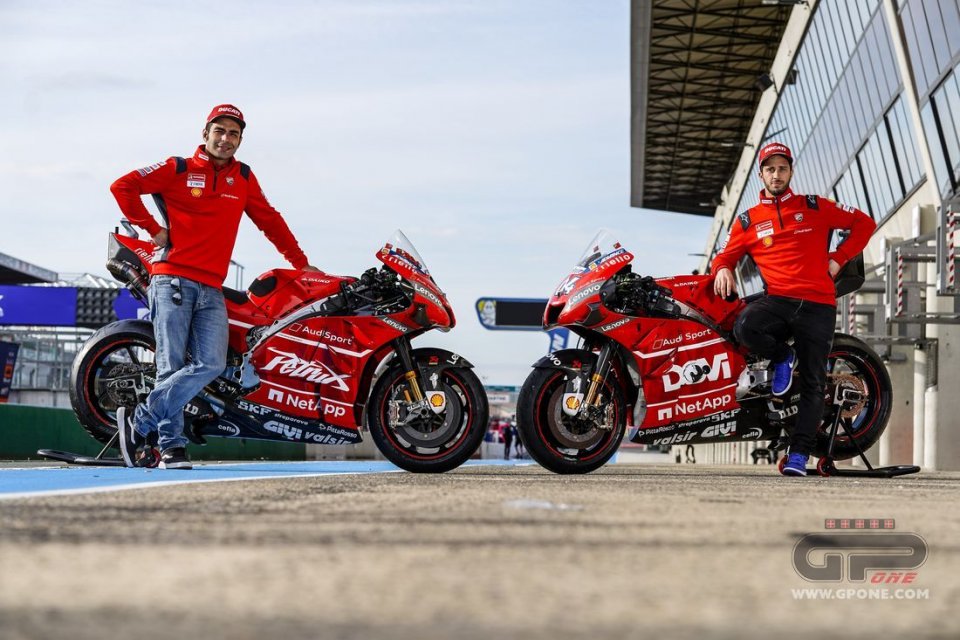 As was announced, Ducati will race at Le Mans without the Mission Winnow logo, and Andrea Dovizioso and Danilo Petrucci have been given the opportunity to customize the graphics of their own Desmosedicis.

Today, the creations of the two pilots were revealed in the pit lane. Both decided to sign their respective GP19s with their own names. Dovi also integrated two horses in the graphic of his logo (the white for rationality and the black for instinct). Dovizioso: "Reason is not enough, you need instinct to be successful"

Alvaro and Leon Haslam will be back in action on Thursday and Friday at Motorland, new material and engineers expected from Japan
13 hours 10 min ago

For the first time the riders will use the brand new rear tyre in the race which will be put to the test by the extreme heat. In MotoE tyres made...
16 hours 1 min ago

The Dutch team (which was supposed to run with Tom Toparis and Gianluca Sconza) has postponed its debut in the World Cup due to the financial...
1 day 1 hour ago

Among the other teams, Webike SRC Kawasaki France Trickstar (EWC champions) and Moto Ain (Superstock champions) will use the French tyres
3 days 17 hours ago