The Ducati fans dreams of seeing a red bike on the top step of the rostrum at Imola, but instead Johnny Rea was back to being the Cannibal, giving Kawasaki a win that it had been missing since Qatar.

The Aruba camp therefore had to settle for second place, with Alvaro Bautista on Saturday and Chaz Davies on Sunday, the Spaniard right behind him in third.  A more than respectable result for the Italian team, underlined by team manager Serafino Foti.

“If, after eleven race wins, you're unhappy with a second-place finish, then something's not right - begins Serafino with a smile – it's unthinkable to win all the races on the calendar. I know that the fans and the team wanted a win at our home track, but I told the guys that we can't be disappointed with what we've done, that would be a shame”.

Serafino, many are asking why Bautista didn't win.

“We need to start by saying that this is a unique track, where Rea has always been fast in the past, winning both races last year. Prior to the weekend, we'd tested at Imola on 24 April but we only got two hours in the dry. Bautista did well to bring home important championship points and the same goes for Davies, who was strong over the whole weekend”.

Rea has made headlines at Imola, are you worried about the gap?

“We weren't surprised by the gap, this was one of the races where we needed to be on the defensive, and then we'll see what happens in the next rounds. This is only the fifth round, we leave Imola with some significant results and so we shouldn't consider Alvaro and Chaz's performances a defeat”.

Alvaro talked about the bike's instability. Is this something to solve ahead of races at similar tracks?

“It's true, at the start he was suffering, but he soon found the way. This is racing, if you win the first eleven it doesn't mean you'll win the rest too”.

“I don't see it like that. Imola is a track where you're always leaning over with the bike, but then there are few straights at Assen too and Alvaro was able to win there”.

“We need to take it race by race, before Jerez we have a test at Misano. The positive thing about Imola is that Alvaro managed the situation well and Chaz demonstrated his qualities. I think that's important for the future. That's thanks to Davies who never gave up and the whole team too”. 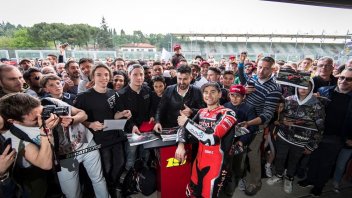 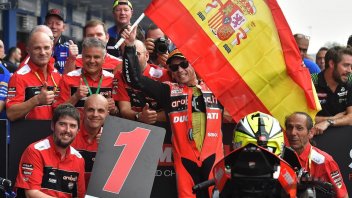 Bautista, beaten by Rea at Imola equals the record of Bayliss and Hodgson 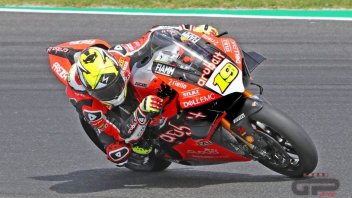 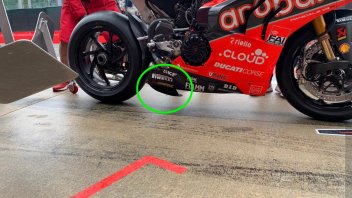