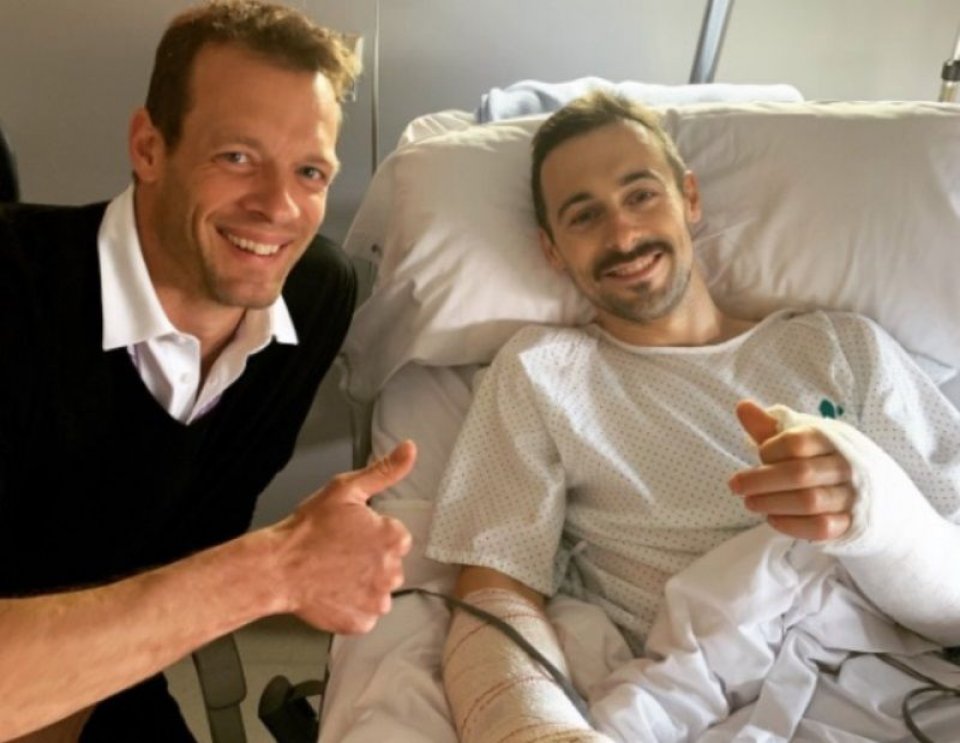 It was a black Friday in Imola for Eugene Laverty, who during the FP1 ended up on the ground suffering the fracture of both wrists. The GoEleven rider then left for Barcelona, where on Saturday morning he underwent surgery conducted by Dr. Mir.

The operation was perfectly successful, but the recovery times are worrying. Initially there was talk of 5-6 weeks, but maybe they could be even more. In addition to his absence at the Jerez round, Eugene could also miss the Misano stage, scheduled for 21-23 June.

Meanwhile Laverty wanted to reassure his fans, publishing on Twitter this shot that portrays him with the former Formula 1 driver, Alexander Wurz.