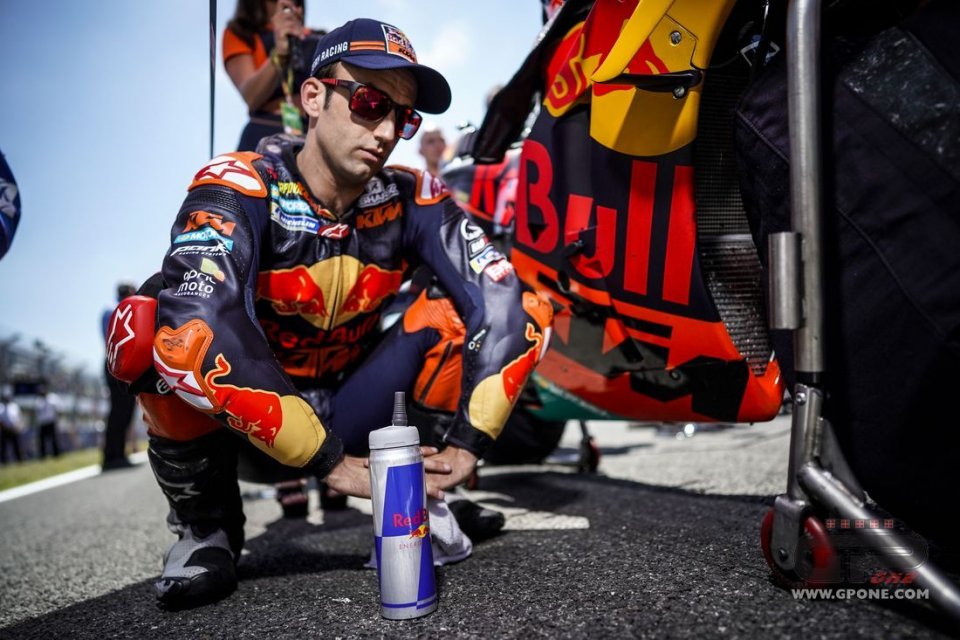 The 13th place scored at Austin is the best result achieved by Zarco so far this season. More was expected from the Frenchman, irrespective of the problems the KTM is suffering. Johann has not yet been able to adapt to the RC16 and at Jerez he called it “a bike that only goes well down the straight”. In the garage (but caught on camera), he was even more explicit, summing up the frame and delivery as “shit”.

Certain statements have not gone down well with the Austrian managers.

“Johann is a big disappointment and I'm very sorry about that - KTM CEO Stefan Pierer told Speedweek - We hired him so that he and Pol could push one another but the opposite has happened. Espargarò is on his own”.

It can't be easy for Zarco to go from battling for podiums to bringing home just a few points. He has also split from his manager and mentor Fellon, who concealed a Honda offer from him last year.

“When an athlete at this level doesn't have everything under control, then he has a problem. They told me that he was already very rude in the garage in Texas and then the situation worsened at Jerez - continued Pierer - But I want to say that we will do all we can to improve this year. We've already got the new materials, following his indications, and he'll be joined by Jean-Michel Bayle”.

The KTM boss wants to trust in Zarco and is not talking about curtailing his contract.

“Johann has a contract with us for 2020 too, and we still have 15 races to run this year. Going from the Yamaha to the KTM requires adaptation and that takes time. There are two different kinds of bike in MotoGP: Yamaha and Suzuki with the inline 4-cylinders and Honda, Ducati, KTM and Aprilia with the V4. With the latter, you have to ride in a certain way, you need to be bold to throw the bike down into the corners, you can't go easy. Consider how, post Stoner, it took Ducati from 2010 to 2016 to find someone else who could win with their bike”.

“We are in our third year, we need to lose 4 or 5 kilos and the electronics are still an issue. Our racing department needs to be fast and efficient in supporting the race team” he confirmed.