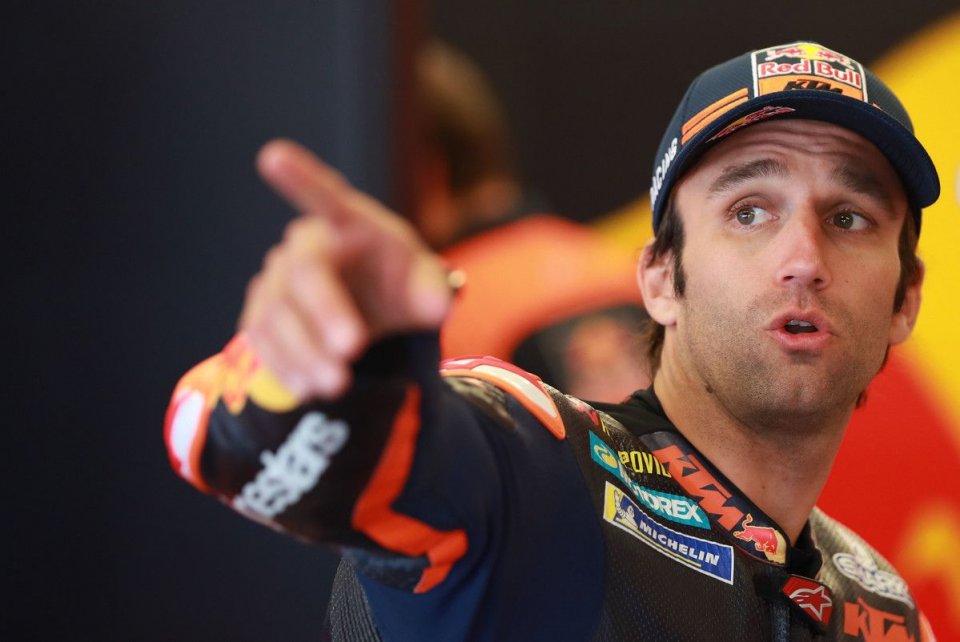 Johann Zarco was one of the leading players of the last two seasons. A French rider, on a Yamaha satellite, was able to annoy Rossi, and at times, put him in difficulty. In what had seemed like a possible transfer to Honda, which evidently did not occur due to a lack of communication with his manager, the expert in backflips after a victory ended up in KTM with apparently little enthusiasm. And the results have not yet arrived. Even the comparison with Pol Espargarò, 8th in Texas - so far the best result for the Mattighofen team - probably did not help.

With these precedents, Johann recently tested together with Kallio and Espargarò at Le Mans. Two days of very important tests to improve his confidence with the Austrian bike.

"I was very happy to go through those tests at Le Mans because we had the opportunity to ride one day on wet and one on dry. We tried new things. Nothing magical because we didn't get 2 seconds but, in any case, we did a good job, and shouldn't be hasty. In fact, it was the haste that fooled us in Argentina and Austin where we were very stressed, and we didn't do a good job. However, it was important for me to regain confidence during the tests. I realized that there won't be incredible improvements and that my goal is to develop the bike. We tried here in Jerez in November, and now our bike is better. I think the tests at Le Mans helped us a lot because I was able to program my mind on the fact that now everything will change, since we're on European tracks."

Relegated to KTM in the bottom positions, the Frenchman, who played a leading role in recent seasons with the Yamaha Tech3 - where he often even managed to close qualifications and races in front of the official drivers -  found himself having to reinterpret riding a MotoGP.

"I don't want to compare the KTM with my past bike. That would be a mistake. I come from 15 days of studying, where I tried to understand what to do to improve the RC16  where I have more difficulty, that is, in entering corners. The KTM would  prefer to go straight," he explained, smiling bitterly. “And all the energy I put into entering a corner is wasted energy when I would rather improve accuracy. Needless to say, we race  in a championship full of corners," he concluded ironically.

Teased about the technical problems of his KTM, Zarco expressed a very popular concept among today's riders: the importance of the electronic component.

"The difficulty in entering a corner can also certainly be attributed to the engine, but every time we talk about the engine we also talk about electronics because the electronics help riders use the engine at its best. We need to improve on these aspects. The electronic component must be able to better control the bike."

Zarco is currently behind in his team in the rankings. Pol Espargarò has 18 points, the Frenchman only 5. Two riders and their different riding styles may not help the exchange of information between each other.

"Seeing several of my teammate's data is always interesting. At the moment, Pol is faster than me, but I don't try to copy him. I see what he does best and, many times, I try to do it too, but I think his style is not my cup of tea. At the moment, it's best to continue working on my own wavelength with my team, but KTM is still very good, and is able to follow both."