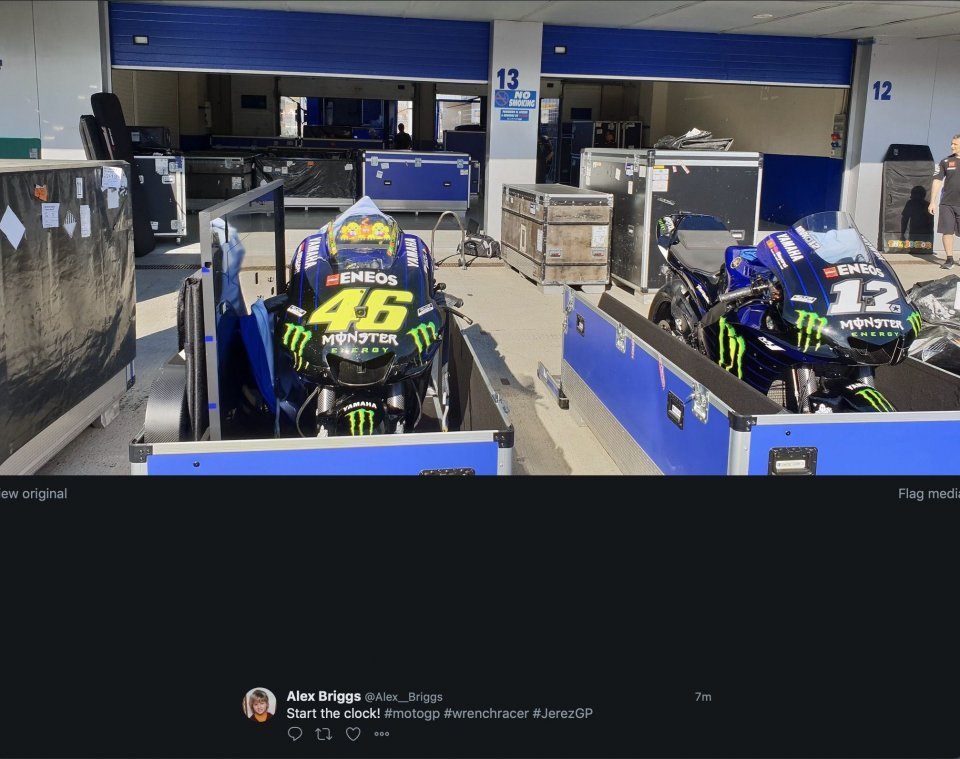 Rossi won 7 times at Jerez, one less than the victories at Assen, 8. One of his many records.

Currently among his opponents Jorge Lorenzo is at 3 and Marc Marquez at 2.

Valentino's last victory on the Andalusian circuit dates back to 2016, while Lorenzo won in 2015 and Marquez last year.
As for the podiums in Jerez are 12. In the wake of the one who undoubtedly was one of the specialists of this circuit, Pedrosa, at 10, retired at the end of last year. Followed by Lorenzo at 8 and Marquez at 6. With an extra gear: he has always been on the podium in MotoGP.

In Jerez, in any case, Rossi will set a new record, surpassing that of an old protagonist of the Grand Prix, Jack Findlay: he will leave for his 20th GP in the same circuit in the top class.

The photo, taken from twitter, was posted today by one of his historic mechanics @alex_briggs