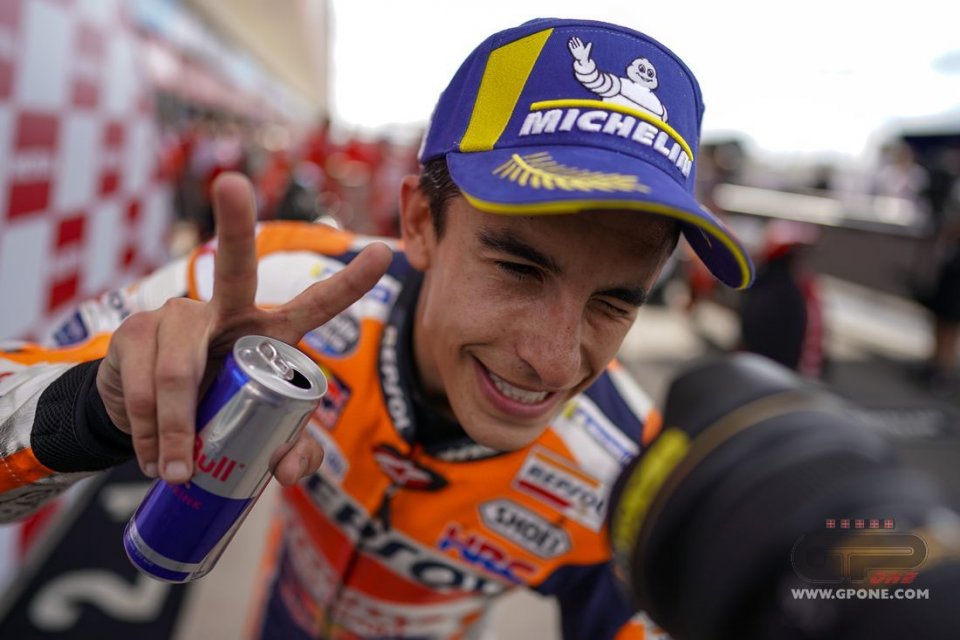 Don't be fooled by appearances, especially where Marquez is involved. Even Valentino, after the Austin race was quick to point out that “Marc remains the favourite for the title". It's not exactly normal to see him lying 4th in the standings, but only 3 races have been run so far and his 9-point disadvantage is a trifle considering there are still 16 races to come.

It is worth noting that this is not Marc's worst season start, in that he's actually doing exactly as he did last season. In 2018, after the first three rounds, the Spaniard had 45 points, two podiums and one win, with one zero as a result of a mistake on his part (last year Argentina, this year Texas). The only difference is that last year he was second in the standings, while he's now 4th. Proof that his rivals have made few mistakes but have also been unable to hinder him.

The graph above clearly illustrates Marc's performance during the first three rounds from 2013 until now. His 'annus horribilis', if we can call it that, came in 2015 (the only year in which he didn't win the title) in which he brought home 36 points over 3 rounds and lay 5th in the standings. He wasn't doing much better at the same point in 2017 (38 points and only one win) but that didn't stop him securing the world title later that season.

If we ignore 2014 (when he scored 10 consecutive race wins), Marquez is perfectly in line with his 'usual' results. We should also bear in mind that Marc's crash in Austin came as he led the race with a 3-second advantage, so with a little more attention (or luck), we'd be talking about domination.

THE UNKNOWN IS THE HONDA, NOT MARQUEZ

What is more striking is the overall performance by Honda in Texas. Of the four RC213V bikes on the grid, only one (that of Nakagami) completed the race, Marc and Crutchlow crashing out while Lorenzo was forced to retire due to an unspecified technical problem. 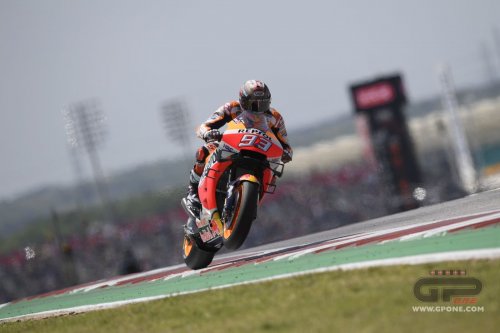 During winter testing, Honda appeared to have found better balance and riders spoke highly of the (more powerful) engine. From then on, things went downhill fairly rapidly. Cal began to complain about a lack of confidence with the front end and then, even worse, the issue of the chain came about.

In MotoGP, it's not common to see the chain come off and yet it's happened twice in two races, to Marquez in Argentina and Lorenzo in Texas. Jorge though, as we've said, retired from the Austin race as a result of a technical issue that did not have to do with the chain.

Perhaps it has to do with another problem that Marc referred to “through the first gear turns”. Electronics? Gearing? It could be anything, in that the Japanese technicians have kept very quiet.

The two-week break therefore gives the engineers a chance to eliminate problems that, if not resolved, could cost many points. Despite it all, Marquez remains a sure thing, it's the technology that needs to keep up with him.

The usual suspects of the Bikers'Classics can rest assured, for them nothing will change, since the formula developed since 2021 is once again...
22 hours 59 min ago

Usually the Turk surprises us with his evolutions, but this time something did not go according to plan for the former world champion
23 hours 13 min ago

“Kazakhstan is absolutely absurd.” Ezpeleta’s response: “Without Sokol, we would have stopped for 5 weeks. I could live with 15 races a year, but my...
2 days 17 hours ago