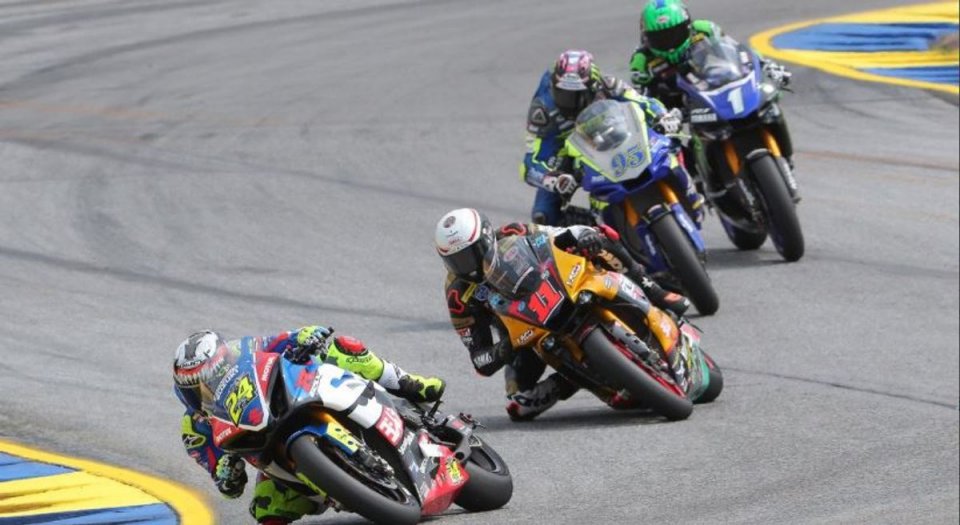 From Georgia to Texas, staying down south, the MotoAmerica paddock will make the trek a few hundred miles to tackle the second round of the 2019 season that began with confirmations and upsets at Road Atlanta.

The Circuit Of The Americas in Austin will also be hosting the World Grand Prix Motorcycle Racing Championship circus, so it will be a double display case for the Wayne Rainey's series. The MotoAmerica number one man will likely be busy with interviews and catching up with old friends from Europe, but this event is very important to the three-time 500 Grand Prix title-holder, so you can be sure that every detail will be painstakingly planned and managed.

The hilly setting for the challenge is new generation, demanding, technical and... absolutely international. Formula 1 has raced there for several years now, taking the top four-wheel motorsport series to the U.S. Last year, in a setting marked by mixed weather conditions, it was Mathew Scholtz who won Race 1, with Herrin and Beaubier on the lower steps of the podium on a day dominated by Yamaha. In the Sunday race, Toni Elias managed to ride his Suzuki to victory, beating out Beaubier and Gerloff; and that was the start of the duel between Californian Cameron and the number 24 Spaniard which would continue throughout the season.

The stage has been set the same way again this year: at Road Atlanta the number 1 factory Yamaha won and the Yoshimura GSX-R responded. Both Beaubier and Elias want to win in Texas, but they'll have to watch out for Scholtz, anxious for a repeat of his 2018 exploits, Herrin, who didn't exactly shine in Georgia and JD Beach, aggressive and eager for action.

Who will be the new Austin cowboy? It's hard to make predictions, although - just a gut feeling - the presence of lots of friends and colleagues (and ex rivals) could fire up former Moto2 champ, Elias, charged up by the birth of his son: "People were saying that I would be slower now that I am a dad, but now I have a really strong reason to fight."

All eyes will also be on Kyle Wyman's Panigale V4 R, which made its début at Road Atlanta, finishing sixth. Ducati staff will be on hand in the Texan paddock, so perhaps team KWR will be able to take advantage of some dedicated technical tips to help the New York native do even better.

Taramasso (Michelin): “The weather at Mugello can be a challenge”