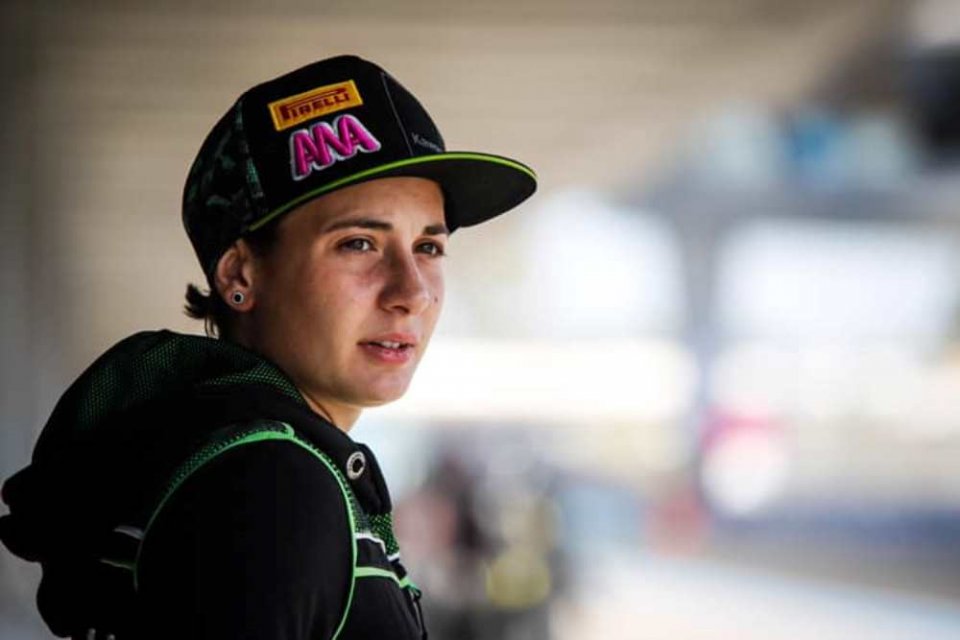 Her season hasn't got off to the best start, in that a crash during the course of lap six compromised Ana Carrasco's ambitions at Aragon. Motorland left a bitter taste in the current Sport300 champion's mouth, but she prefers to look ahead, as she'll be straight back on track at Assen later this week.

“It's a pity my 2019 has started like this, but these things can happen in racing. This was the first race of the season, but the championship is still long and I'll have chance to make up for it already in Assen. I want to stay positive, as I was quick right from the start of practice in Spain”.

Don't you think it's dangerous having so many bikes in SSP300?

“It's true that there are nearly 40 of us, and maybe the level is higher than it's been in the past. We need to be careful as always, but in the end I think the public is pleased to see so many riders in action”.

You won the title last year. Do you think there's less pressure on you now?

“honestly, I've never felt any real pressure, not even last year when I won the championship. Every season is different from the one before and if I'm still here it's because I am really motivated to achieve an important result”.

What's changed in your life since winning the title?

“Nothing really, I'm still myself, I train every day to be competitive and to have fun on the bike, my passion”.

It's also interesting to see there are several women in your championship now. So racing is not just for guys?

“It's great to see more women in motorcycling, there are four of us in Sport300 now. I think something is changing or has changed. I think we have to exploit this opportunity”.

What does it mean to battle with the guys?

“It's normal to me, when I'm on track I'm not thinking about the fact I'm a woman, but simply a rider. For me, when you race, there is no difference between the two sexes”.

Once the SBK was done, Rea was watching the Sport300 very closely. We know you get on well with him and he offers you advice.

“I really appreciate that. I consider Johnny to be the strongest rider in the championship and he's given me important advice on several occasions”.

Your fellow countryman Bautista currently leads the way though.

“Alvaro is doing his job and this Ducati has surprised everyone, exceeding expectations. It's nice to see him so competitive but I hope Johnny is able to close the gap so we can see some real battles between them”.

Last November we saw a picture of you with Rossi and Rea at San Siro. Have you visited Valentino's Academy?

“No, I've not yet had the chance unfortunately. I can see he's really committed to helping the young guys grow though”.

Would you like to see a similar project in Spain?

“That would be great, but it comes down to the top riders and what they want to do. I train in Barcelona with Ricky Cardus (former Moto2 rider with Forward and Lorenzo's friend), we spend a lot of time helping each other".