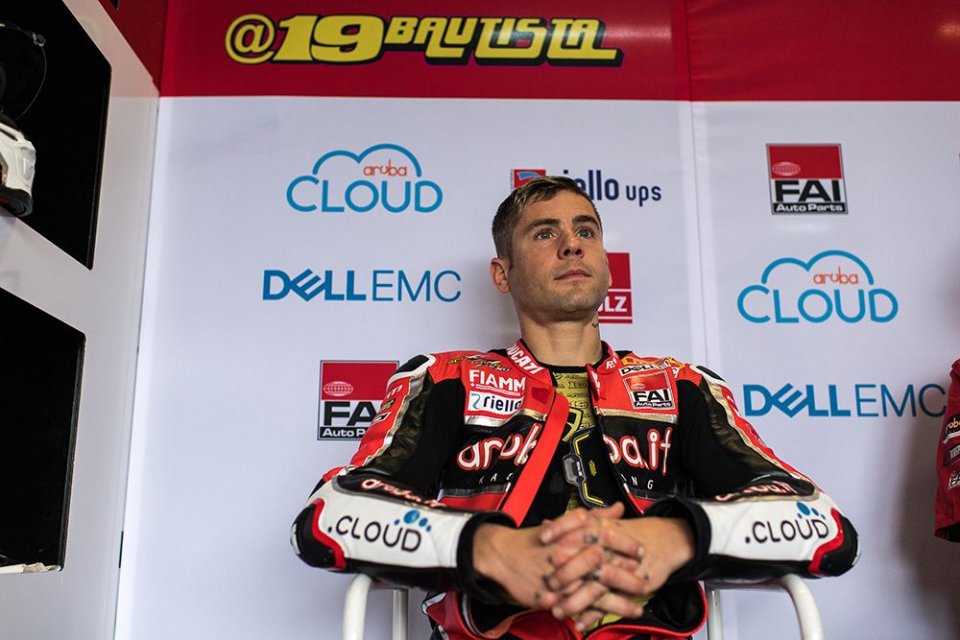 It's no longer a surprise to see Alvaro Bautista and the Ducati Panigale V4R out front, the only question is how far in front of their rivals they will be. Tradition repeated itself again on day one at Aragon, a track at which the Spaniard and his team completed a test just two weeks ago.

The others can only roll up their sleeves and work to close the gap, if they don't want to find themselves fighting for second place once more.

“Starting the weekend like this is always nice - smiles Alvaro -  Race after race it's becoming easier to find the right feeling on the bike, now I get on the Ducati and feel great, it's becoming my bike and my memories of others are fading".

Words that sound like a threat for his rivals, because this means Bautista still has room to improve.

“The test we carried out here was helpful, particularly in terms of getting to know the bike better. Over a race weekend you can't make any big changes, but during those two days I was able to turn the bike upside down to collate data and better understand it”.

This doesn't mean that Alvaro has turned it upside down for this race weekend.

“In truth, the setting is the same we used in Australia and Thailand - he laughs - Only some small details have changed. Today I tested different tyres, but didn't find any real difference compared to the standard solutions. I'm pleased with the work Pirelli's doing anyway, because they always try to improve and bring new tyres to every race”.

Rea hopes that things will change once the championship gets to old-style tracks such as Imola. But the Spaniard seems little concerned.

“I don't know, it's all new to me. For now, our bike is working well and I'll try to do my best at every track and solve any problems that may arise. I don't know what to expect”.

Another question mark hangs over the Ducati's performance in the wet.

“I've never ridden in the wet with this bike, I'll have to learn - observes Alvaro - I can't say more than that, but I'd like to have a practice in the wet first, rather than having to face those conditions straight away in a race”.