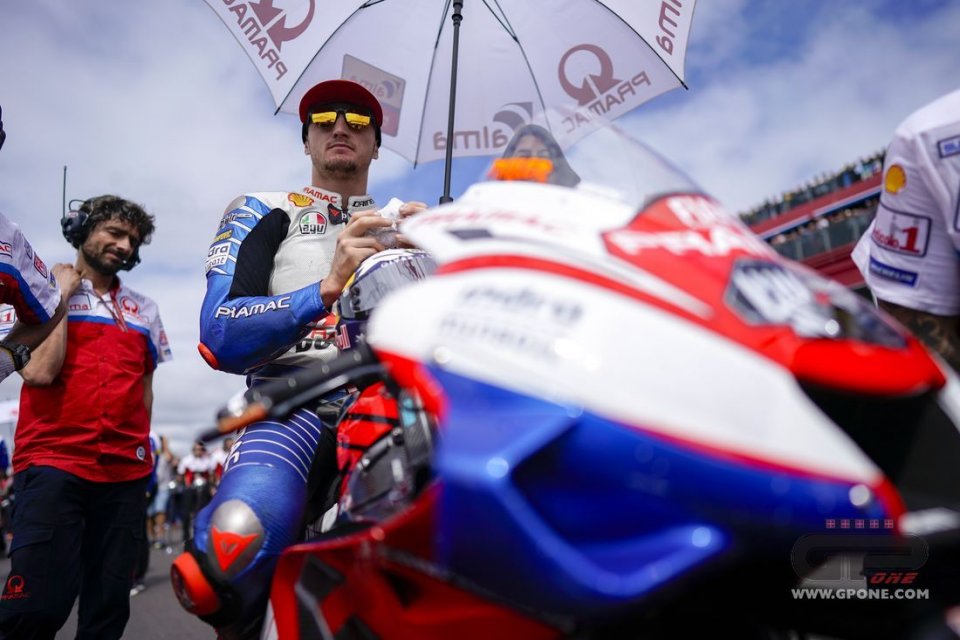 Everyone knows Jack Miller, the rider, but not many know the writer. The Australian, in fact, keeps a diary on the Red Bull website, where he writes about his races. Logically, the rider from the Pramac team does it his own way, without mincing words, holding the pen as he does a handlebar.

So, after the GP in Argentina, he jokes about the problems of the first race in Qatar. "[...] And when you can do a race when your seat doesn't come off after two laps, that's always a good thing, too..."

Jack is definitely not devoid of irony nor of the satisfaction of having finished the race in 4th place. "Fourth is my best result since [Le Mans]," he remembers.

All kidding aside, Miller wants to prove that he deserves the official Desmosedici GP19 and describes it in a very special way.

"I'm really enjoying riding this GP19 Ducati," he states. "I never raced the GP18 last year, and this bike is a big step.  I said to someone that I feel like I'm bringing a gun to a gunfight now, and that's the best way of explaining it. The speed is easier to come by, and you don't feel you're riding it right on the ragged edge every corner just to get a lap time out. That's why Qatar was frustrating. With the way "Dovi" rode the race and controlled the pace, I reckon I could have stayed with the front group and been in a position to do something in the last few laps. In the first few laps... you're not constantly over-braking and cooking the front tire just to stay with those guys... to be able to stay with them on the straights . I can manage the tires better because the speed of the bike is there, that's probably the biggest factor."

Jack also wanted to congratulate his fellow countryman, Remy Gardner, on his first podium in Moto2.

"Super cool for him," he wrote. He's been in Moto2 trying hard for a while now, and it's his first year on a decent bike, and the results are showing."

Now Miller is training in California, as he usually does before the Austin GP. He had injured himself last year just before the American race.

"I'll do my best to keep myself in one piece this time," he concludes jokingly.