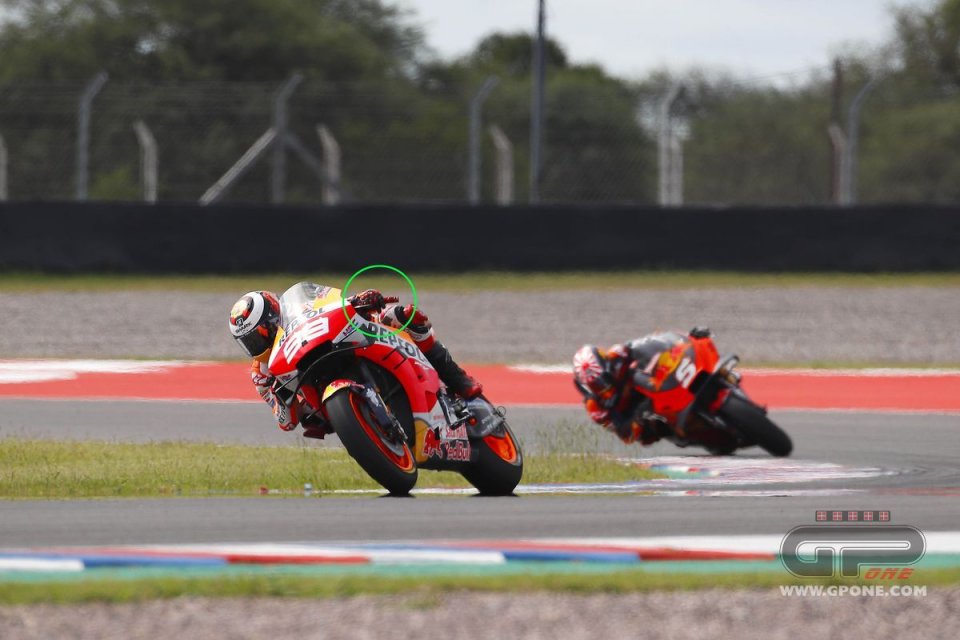 If, in fact, Marc Marquez had an inconvenient accident during the FP4 - his chain fell off the ring (something that hasn't occurred in the championship in a long time), Jorge Lorenzo's  rubber handle slipped off the left half handlebar during the race (highlighted in the green circle in the photo). 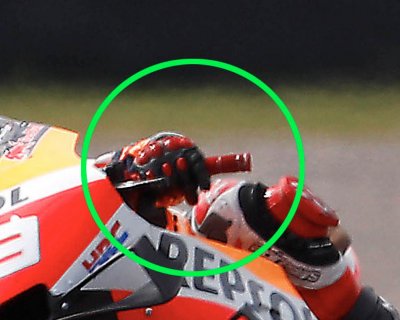 This, combined with the fact that the Mallorcan started off in slow motion after modifying who knows what on the control panel, casts shadows on the team's infallibility.

A team that, we should remember, still rests entirely on Marc Marquez's shoulders. In fact, when it comes to being unbeatable, Honda would do better to talk about the extreme speed of its rider.

Obviously, in a competitive environment such as that of the MotoGP, it's almost normal that, sooner or later, something will go wrong.

In these cases, however, it should give its fans some explanation because a chain that falls off, a handle, and a control panel that allows the rider to make a mistake between launch control and pit limiter are serious drawbacks.