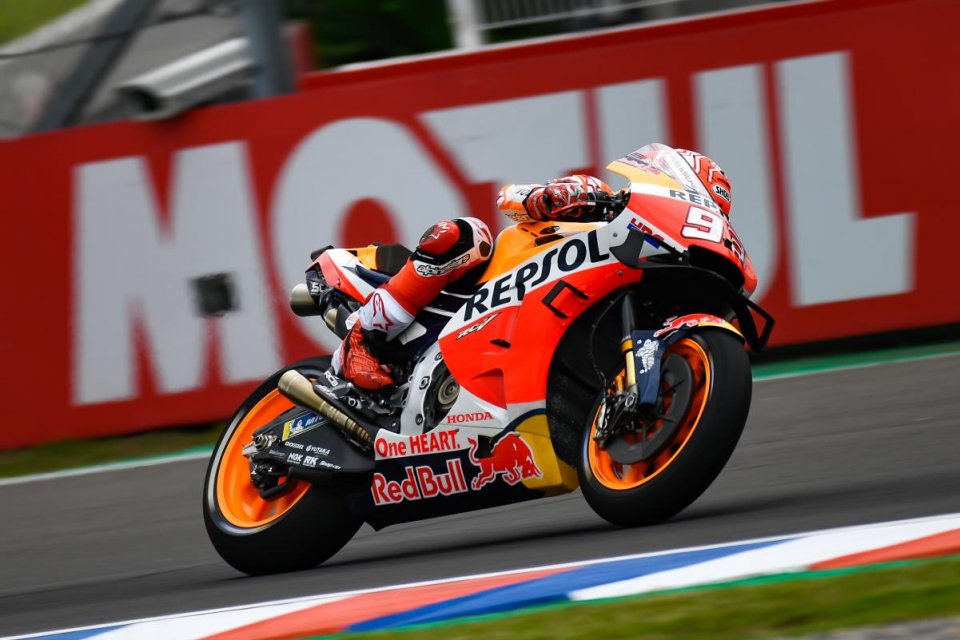 It's Marc Marquez, again... for a change. After having laid down the law on the race pace, the Spaniard proved to be unreachable even in the qualifying lap, tucking away his first pole of the season at Termas de Rio Hondo.  A weekend that, so far, should be framed for number 93, author of a 1'38"304 time. The seven-time world champion took advantage of his three-exit strategy, setting the winning strike at his last attempt, which placed him in the first spot on the grid for the 81st time in his career. During his race in the first, he was behind Lorenzo, trimming off about 20 meters in the third sector while, in the second, he took it wide, which made him lose some time. Nothing troubling for Marc, from the moment that, in the final, he put everything in order, sealing his spot at the top.

Unlike what was seen in the free practice sessions, during the qualifying laps, the gaps were reduced, since the Honda rider managed to defeat Maverick Vinales' Yamaha by just 154 thousandths. It's legitimate to expect that the Spanish rider - once again, the fastest on the M1- would move a step forward. And while we're head counting, with Honda and Yamaha, we can't leave out a Ducati, Andrea Dovizioso's, who, by only 10 thousandths of a second, lingered behind the Spaniard. A double-sided qualification for the rider from Forlì who, during the first exit, was only ninth while, on the final, he was able to find his inspiration and grab that the third spot.

Marquez, Vinales, Dovizioso. These are the three who will open the front row at Rio Hondo tomorrow, in view of a race where number 93 showed us another pace during the free practice sessions. The competition promises to be fierce and, among those who will try to get on the podium, is Valentino Rossi (+0.241). The Doctor's fourth qualification time confirms the confidence number 46 has on the South American track, to the point that he preceded Jack Miller (+0.244) who, during  the practice sessions, had always been near the upper echelons of the class. This time, it didn't go that well for the Australian, who was unlucky in the final, since he wasn't able to finish his lap, having to settle for a fifth place, followed by Franco Morbidelli's Yamaha.

And even Danilo Petrucci wasn't smiling, with a qualification that turned out to be below expectations. Yes, because the rider from Terni was seven tenths from the top, finishing in fourth place and opening the fourth row. In front of him tomorrow we'll find Fabio Quartararo, along with Cal Crutchlow’s and Takaaki Nakagami's Hondas. The latter arrived in Q2 after a forced passage from Q1. Lots of bad luck for LCR's British rider who, after showing a race pace second only to Marquez's, made a mistake in the last attempt in qualifying, which was enough to compromise his performance. To close the first twelve positions, Pol Espargarò followed by Jorge Lorenzo, who had a time cancelled for having crossed the limits on the track.

Instead, no Q2 for Rins' and Mir,'s Suzukis, nor for Aleix Espargarò's and Andrea Iannone's Aprilias. The latter will be starting at the back of the group tomorrow and, because of just a a few tenths, Pecco Bagnaia was also excluded. 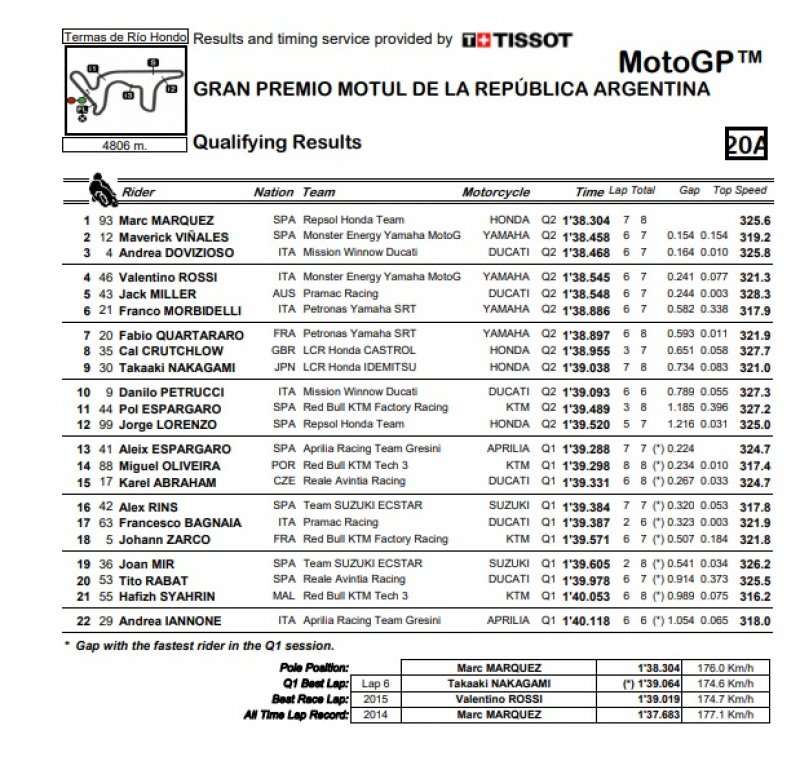