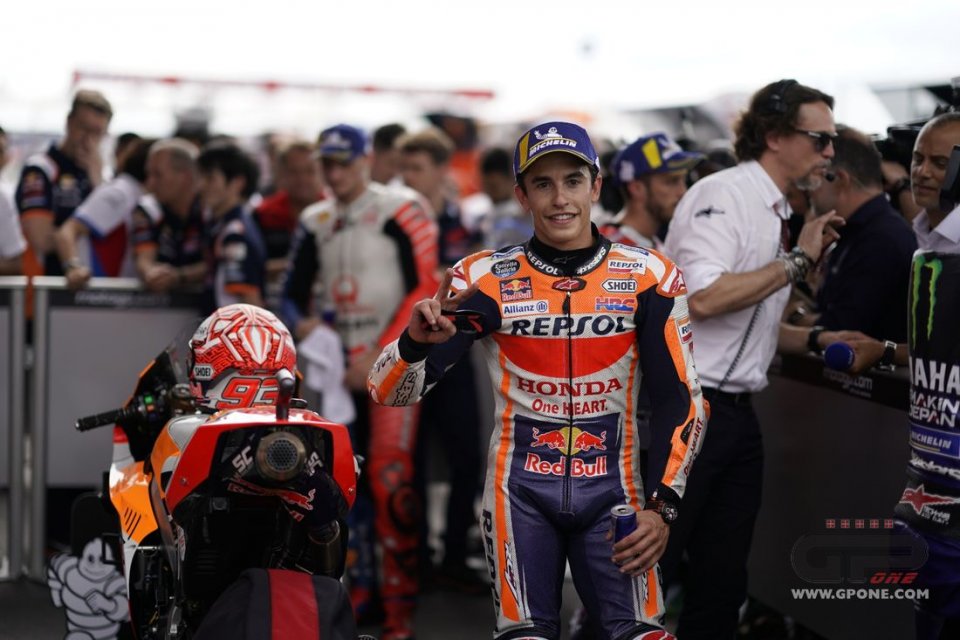 Marquez has never liked things simple. Even Saturday's sessions, which saw him finish with an almost expected pole position,  threw up some unforeseen events. During FP4 Marc had to run track, quite literally, to reach a scooter after his Honda left him without a ride.

“It seems I can never have a normal day, something always happens - jokes Marc -This time it was the chain, though the problem wasn't exactly caused by that components. I was in a hurry but the scooter didn't come so I started to run”.

And he didn't stop. That setback could have confused things in the garage but his team was quick to react.

“They had to improvise and come up with a new strategy because we had to complete qualifying with one bike but using three tyres. In qualifying I pushed because I knew the other riders would be close and, here at Termas, I struggle more over the flying lap than with race pace, because I work mainly on race preparation”.

Despite the problems, the Spaniard set his fifth pole in six editions of the Argentina GP. Not a bad average, particularly considering that his strength is his pace.

“It's true, I feel good, but a lot will depend on the weather, the conditions we find for the race. My strategy was forced in Qatar, I had to sit behind and see where I could finish while here I have more options, at least on paper”.

Marquez is also clear about who his main rivals are.

“Crutchlow, Dovizioso, Vinales and Valentino, these are the names though in which order we'll have to wait and see. For now I don't think it will be easy for me to break away, but practice is one thing, the race another”.

Also because there is chance of rain, perhaps for the race or perhaps only in the morning.

“If it were to rain it would be a lottery, an unknown for everyone. My only hope, in that case, is that we could also ride in the wet in warm-up, to be able to understand something”.

Marc has shown on several occasions that he is ready for anything. Last year too saw him go over the top.

"That was one of the fastest races of my whole career, I made up so many seconds. Unfortunately, having made a mistake at the start, the bike switched off but then that problem was fixed. I'm hoping for a calmer race this time around".