When the going gets tough, Marc Marquez certainly gets going. The third free practice session emphasized number 93's qualities. If the Spanish rider was forced to settle for an eighth position yesterday, this time, he saw it fit to re-establish the hierarchies, reaching the summit, thanks to a time of 1'38"471. After showing his potential with the race pace using a  hard tire, then a medium, Honda's rider confirmed he was unreacheable in the qualifying lap with a soft tire. We're only in the third practice session, and there's still plenty of time for the opponents to improve. The fact is that the seven-time world champion has a faster pace than the competition.

But we can't yet call it a day from the moment that the Ducatis are lurking in the shadows. The fastest was Jack Miller who, in Rio Hondo, continued to show that he has something extra. It was precisely the Australian's GP19 that was the fastest, so much so as to be only two tenths away from the top, ahead of Cal Crutchlow's Honda by 49 thousandths. The opposite holds true for Andrea Dovizioso, the best on Friday. In fact, the FP3 left a bitter taste in Andrea's mouth. A victim, among other things, of a fall in turn 1 on the final because he lost his front tire. The world vice-champion has to file this run with an eighth position, the same chronometric response to Valentino Rossi's time (+0.710) without, however, improving. ​ 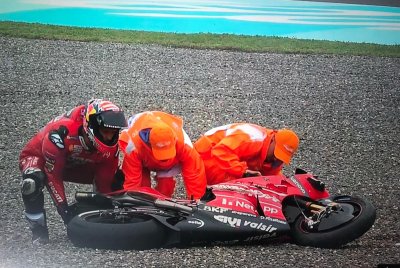 Remaining with the Ducati, there are encouraging signs from Danilo Petrucci, (+0.398) who managed to enter the top ten with a fifth time behind Maverick Vinales's M1 (+0.357). As we saw yesterday, the Spaniard's Yamaha is still the fastest, while Franco Morbidelli's was surprising in sixth place, half a second behind the top. And then there was Fabio Quartararo in tenth, which allows him direct access to the Q2. Yamaha's choice of rubber was interesting, with Rossi and Vinales opting for a medium tire, unlike Petrona who used a soft.

Among those who were guaranteed access to the Q2 was Jorge Lorenzo. The Majorcan reacted well, able to leave behind Friday's problems, arriving in ninth position with only nine thousandths of a gap from Rossi and Dovizioso. Instead, those who will have to switch from the Q1 is Nakagami, as well as Pecco Bagnaia, but, above all, Rins' and Mir's Suzukis, which still haven't found the right course, just like the KTMs. The same holds true for Aprilia and Iannone and Aleix Espargarò, whi missed that little something taht would have made them take that leap forward which they so desired. 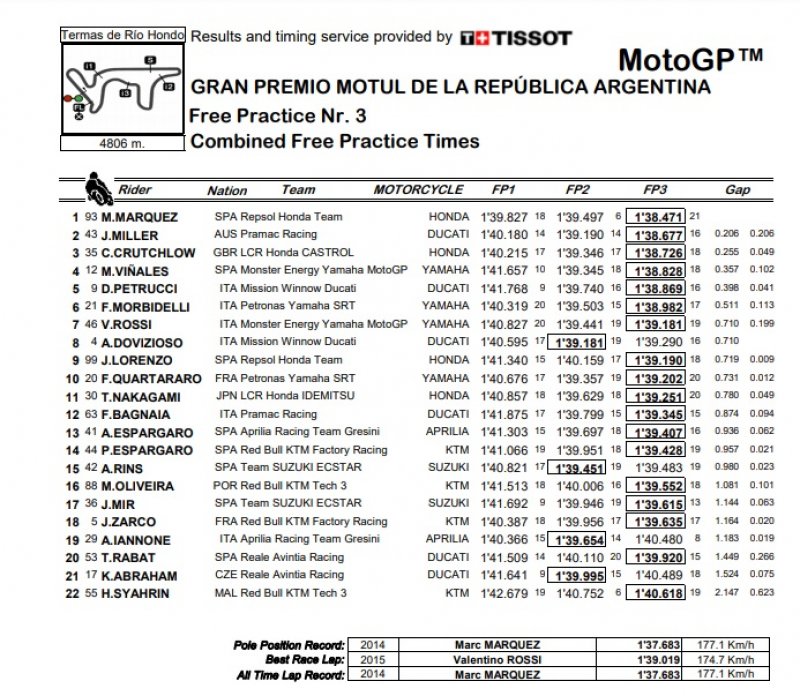