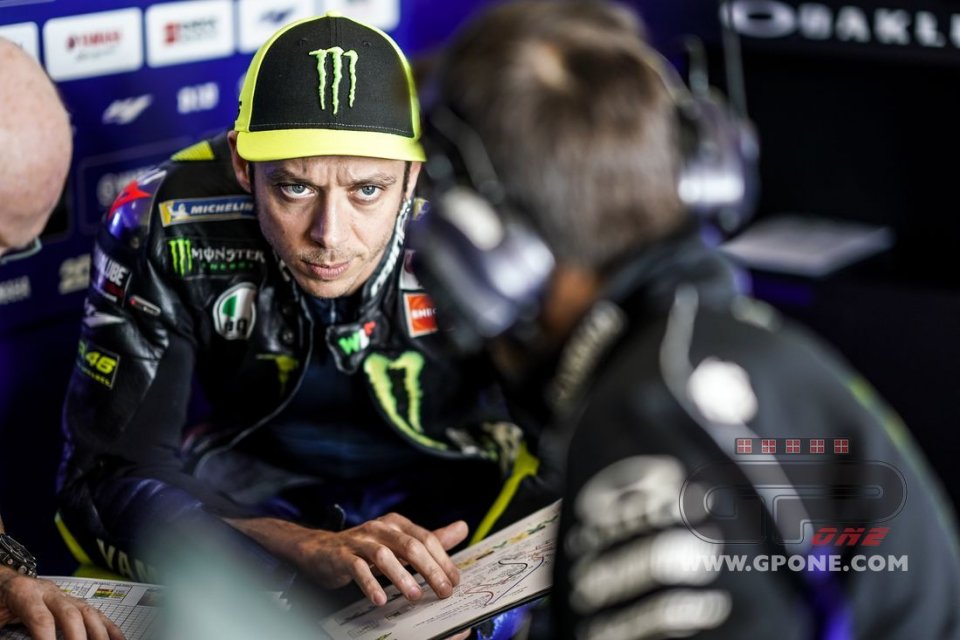 The days between leaving Qatar and arriving in Argentina could not have bee very relaxing for the Yamaha men. In the opening race of the season, the M1 showed the same defects as last year and Valentino's recovery, as far as fifth place, not enough for them to be able to rest easy. Having said that, Termas de Rio Hondo has welcomed the men in blue in the best possible way.

A glance at the timesheets tells us that all four Yamahas were in the top nine on day one, a positive start. Rossi, lying sixth, appears more optimistic than usual.

“We've worked well, focusing on pace and using used tyres, it's not bad - he comments - At the end of the session I put in the soft and was able to improve significantly on my time”.

In a MotoGP that is looking very much like Moto3, with 21 riders within a second of each other, being in the front group is important. But, with just equilibrium, it is a fight for every position”.

“I'm sixth but only two tenths from Dovizioso. As always, we're all very close, it's incredible how close, but the important thing is to be close to the best. I'd say we've had a good first day”.

With such close time, it's hard to know what might make the difference, but Valentino has an idea.

“Marquez appears quickest, but Dovi is strong too. Then me, Maverick, Morbidelli, Quartararo, Miller and I'm no doubt forgetting someone”.

While the steps on the podium are just three. What's needed to get there on Sunday?

“We need to focus on the details. We need to work to improve grip and try to be faster, but the first impression is positive”.

Fortunately, rain has stayed away so far and the Termas track appears better than usual.

“The track is in good condition. We didn't know what to expect but already in session one the asphalt was clean and we could ride well. They've done a good job in preparing for the GP”.