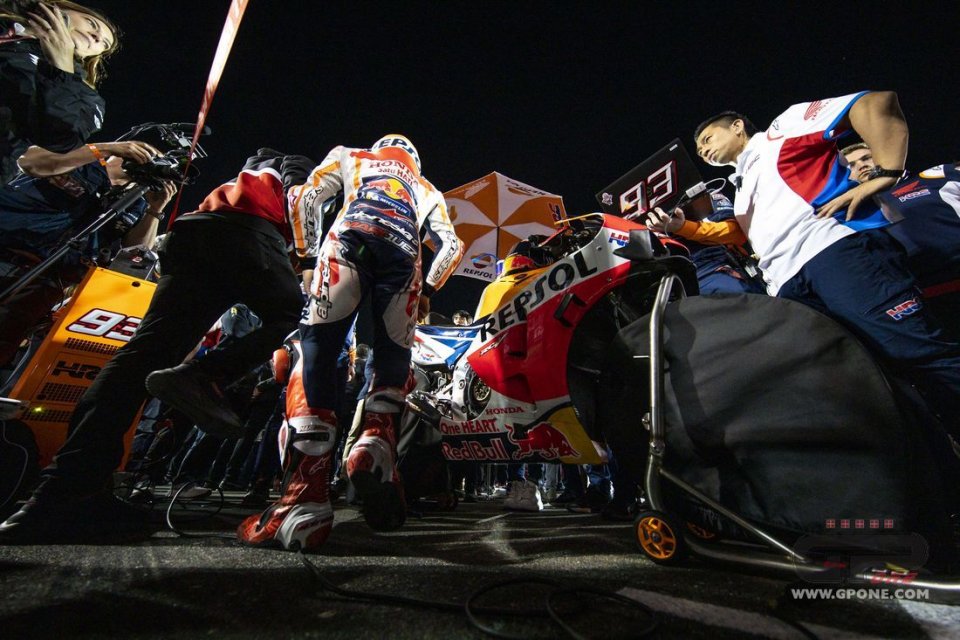 Honda got its revenge and now the Japanese bike has a spoon of its own. Technical director Danny Aldridge approved it today and, in theory, HRC could already use it tomorrow.

Having been beating at the FIM tribunal was worse for Honda than being beaten on track. Takeo Yokoyama, MotoGP technical director at the Tokyo firm, lost his usual Japanese aplomb and felt tricked by Gigi Dall’Igna, doubly so because the judges deemed the Italian to be in the right.

So while Aprilia, KTM and Suzuki, the other manufacturers who signed the protest, seem to have decided that the gesture was sufficient, and enough to encourage everyone to sit down and iron out any sticky regulatory issues, Honda is of another opinion.

Yesterday HRC presented its own version of the spoon to technical director Danny Aldridge, stating that its function was to generate aerodynamic load. The device was, of course, ruled out. That move though was not merely a provocation because today Yokoyama was back, proposing another similar device, but one created with the aim of cooling the rear tyre. Aldridge examined it and has approved it.

Once again politics is mixed up with the technology and it seems that the first prevails over the second. Of course, no engineer would dream of attaching something to the bike if it didn't improve performance, but this time Honda's strategy seems to imply something else.

In Tokyo they have used their fire power (both technical and financial) to demonstrate that the regulation is weak and that there are bigger grey areas than those identified. The first device, ruled out (which is what Honda wanted), was simply a pretext, to show how it takes very little to go from wrong to right.

It might sound like a pantomime scene, but Yokoyama achieved his aim, which was not to copy Ducati's device. He simply wanted to show that he knows how to play the game, and with the same cards as Dall'Igna, and how easy it is to circumvent the regulation.

Now Honda too has its spoon but it would be crazy to think that this will be the end of the story, which could go on forever. At least it will if the FIM doesn't intervene, something it's not done so far.