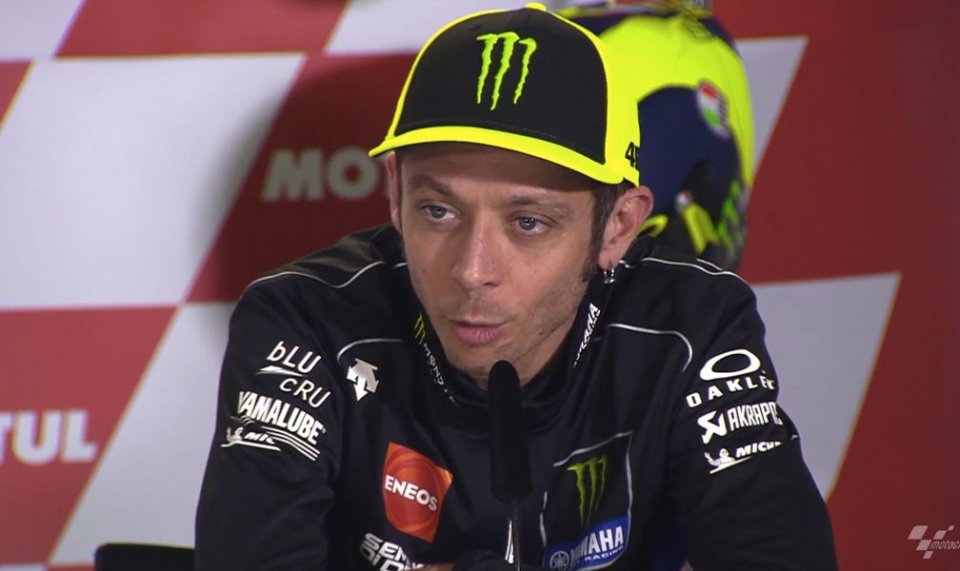 Valentino has confessed that he would trade his speed on a bike for the ability to write a book. What kind? A detective novel of course, and that's no joke. “I like stories with murders and mysteries to solve” he explains. Perhaps he could practice by trying to understand the reason behind the Yamaha's recent difficulties.

His season-start in Qatar was not the best.

“It was a good race for me in the end, I had fun and caught up and my pace wasn't bad, even in the final laps. But I struggled too much in practice and so had to start further back on the grid. We need to work more on that aspect in Argentina”.

The fact remains that many expect more, not from the riders but from the Iwata manufacturer.

“We want to be stronger and more competitive of course. But so much changes from one track to the next, it won't be easy but we'll try. Also because Termas de Rio Hondo is a strange circuit in terms of the conditions, weather and asphalt, I hope we're lucky and can race in the dry”.

Starting further back did have one advantage for Valentino, who was able to study (most of) his rivals close-up.

“It was interesting to follow the other bikes, I was close to Maverick, the Suzuki, the Ducati, I saw a little of everything. We definitely need to continue to work, as we're not as strong as we'd like to be, particularly on corner exit, acceleration, then we need to exploit the tyres and be fast right from the start of the race. The whole package needs to work in MotoGP”.

At Losail, though, there appeared to be a little confusion in the garage, because Rossi was the best Yamaha rider in the race but also the worst in qualifying.

“The team and I need to work during practice and on tyre management. In Qatar we didn't do anything strange but I had issues with the front tyre and we struggled. We need to be able to better manage certain situations, if I'd started further forward perhaps I'd have been closer to the front over the line”.

The tyres are key in MotoGP and it's no coincidence that Ducati has worked on this aspect, with the renowned spoon, to improve cooling of the rear tyre. Yamaha was the only manufacturer to remain neutral in the case involving the red bike.

“i didn't follow the matter too closely, I think the important thing is for us to focus on ourselves, not on others. If we might see something similar to the spoon on the M1? Ducati has always been very competitive in recent years and I think it's smart to analyse what they do, but I don't know any more than that”.

Rossi was also asked for a comment following the death of 14-year old Marcos Garrido during a Supersport 300 race at Jerez.

“Ours is a dangerous sport, but I think it's more dangerous to ride a scooter on the road than a bike on track. As for his age, I don't what difference it makes whether one races at 14 or at 15 or 16”, he comments.