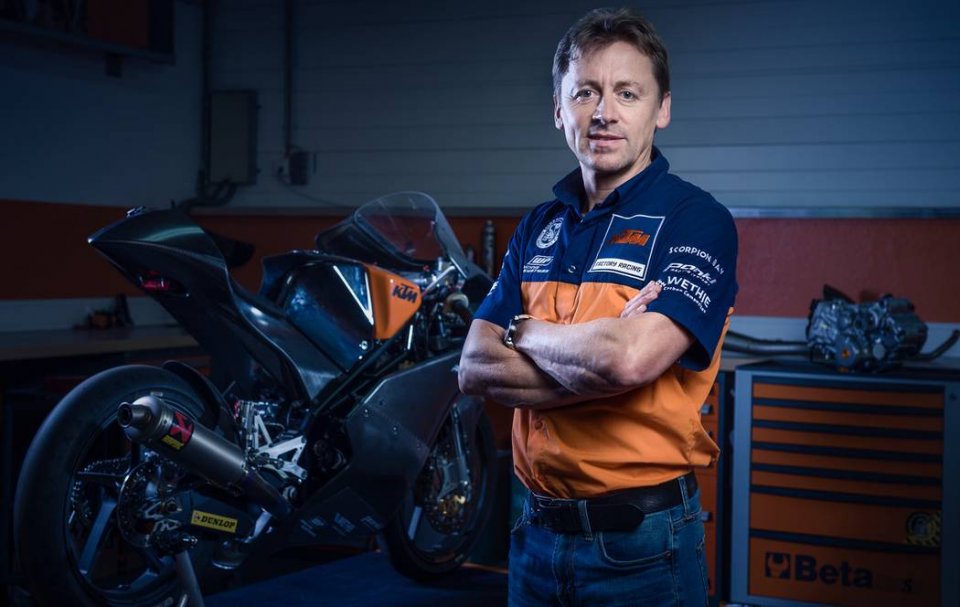 The MotoGP team managers have landed at Rio Hondo following the Doha protest and the subsequent sentence, with the FIM declaring the the Ducati 'spoon' legal.

Among them Mike Leitner, now in KTM, but with a long motorcycle racing career behind him.

As Hernandez is to Marquez, Leitner was the suspension technician on Dieter Stappert's Honda team in the days of Ralf Waldmann, before moving up and serving as crew chief on the Repsol Honda team alongside Dani Pedrosa.

"There were many questions in the air at Doha if it's true that four out of six of the MotoGP manufacturers raised a protest against Ducati - comments Mike Leitner - now we have a decision, which tells us the path to take. And once something is clear, it opens a whole book. I want to be clear, we've worked hard in KTM to curb the importance of aerodynamics in MotoGP. We don't see the benefits of this research for our sport. A lot more money would be spent, but the show would remain the same. And there is no real advantage for the riders either".

Some talk about greater safety though.

"MotoGP is a sport in which riders can show their ability. Sure, aerodynamics in certain situations can help. But with all these aids, spoilers, anti-wheelie, electronics, levels are flattened. Sure, if they want to go in this direction, OK, we'll take action and move, but it's not our way of seeing this sport".

KTM is still far from the kind of performance it deserves and expects.

"The first race didn't go as we expected, but we're only in our third year, our third GP at Doha, and each season we've reduced the gap to the front. In our first Losail GP, Pol Espargarò finished 16th, 36 seconds back, two weeks ago he was 12th, 12 seconds from the front. And Johann Zarco 15th, 15 seconds back. The riders are pleased because they see the improvements, we also have to consider that Zarco is adapting to a very different bike to what he was used to".

You've suffered due to Dani Pedrosa's injury of course, he was meant to be your test rider of reference?

"If we're really honest, not especially. Dani only confirmed our weak points, and this was definitely important, but the fact he's been unable to test sufficiently hasn't slowed us down because we have many good riders".

How useful is it to have a satellite team this year?

"It's a new project with Tech 3. We will also learn thanks to their experience. The input coming from their garage is important, but progress isn't made in one day. It's a long-term project where we hope to see results towards mid-season".