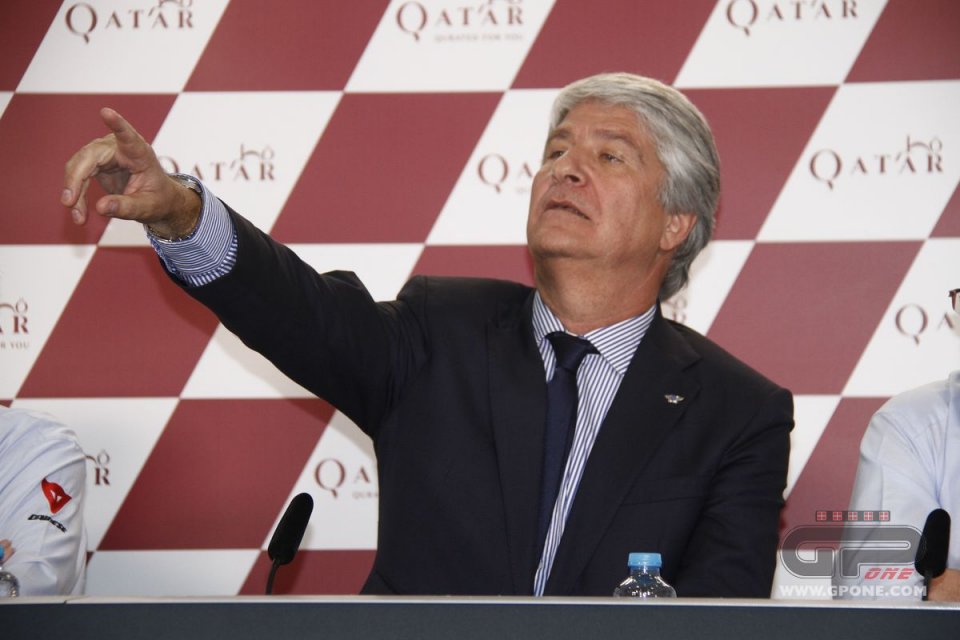 And now, as we always say in these cases, we wait to read the reasons behind the sentence. But what more can be said, the FIM having both excused Ducati and, on the contrary, accused Honda, Suzuki, Aprilia and KTM?

It is true that judges are "peritus peritorum", but it is also undeniable that you need a degree in engineering, with a specialisation in aerodynamics, to make certain judgments.

And if the four manufacturers presented the data - mathematical, not chit chat - then this is a political sentence.
One we expected, make no mistake, but without the 'olly olly oxen free' for the spoon.

Not because we think we have the right to judge the brilliant Gigi dall'Igna's move illegal, but simply because in this way, the FIM has legalised the use of loopholes, those grey areas in the regulation through which to pass ideas that are inevitably referred to as brilliant, but are nothing other than interpretations of the rules.

A big problem, from now on, for the FIM and Dorna (or Dorna and the FIM?) because it will need the services of a group of experts
rather than Freddie Spencer!

This is no longer about judging whether a rider exceeded the track limits, but rather establishing whether one engineer has been more 'interpretative' than another.

And while, until now, talk of aerodynamics has always related to the fairings alone, we will now have to consider everything, all of it, rider included. because the bike is not a car, with a body. The rider is an integral part and if someone discovers something wearable that brings advantage then why not use it?

Let's be ready as from now on aerodynamic appendages (whether functional or not) will be everywhere. We know this, because Formula 1 has taught us ad nauseum. A term we don't use lightly. As 'petrolheads' we love carbon and wings, but the shapes of today's single-seaters make us nauseous.

Pandora's famous box has not just been opened, the lid has been ripped off!

Dall'Igna was right: a precise regulation is needed and will be needed, one with numbers, in the knowledge that even this won't be enough for those whose life's work revolves around numbers.
Basically then, F1.

Did we want that?

In my opinion, yes, but not because the FIM and Dorna (or Dorna and FIM?) really wanted it, but because these two bodies, without any sufficiently qualified staff of their own, have taken a path that leads to a dead-end.

The result is that from now on everyone will need to spend more. The manufacturers, because aerodynamics on an object traveling at 350 Km/h are hugely important, and the FIM that, as things stand, is barely able to select a good wine. Not to mention Dorna, that up until now has exercised absolute power but that has now been called into question by four manufacturers. For this reason, it will need to make more of an effort to appear professional.

As things stand, there is no real separation between the powers, a guarantee of democracy.

And while we're at it, please, the next time there's a protest, let there be transparency. Let an official protest, presented by four manufacturers, be officialised in real time. Not hours and hours afterwards. We expected this from former President, Vito Ippolito, we expect the same from the new President, Jorge Viegas.

At this point we await to hear the reasons behind the sentence. And to hear whether an appeal is raised with the CAS. Yes, this would represent a vote of no confidence towards the FIM but, on the other hand, would you feel confident?