Termas de Rio Hondo, a track that holds mixed memories for Valentino Rossi. While on the one hand, we remember a triumphant Doctor wearing the shirt of Diego Armando Maradona, on the other hand it's hard to forget his Yamaha in the grass after making contact with Marquez last year, something that led to controversy.

Valentino also touches on last year's race: “Last year’s race was incredibly tricky, riding on a half-wet, half-dry surface - it was very difficult to ride the bike with slicks over the wet patches. We hope we won’t have to repeat that, and we will see if we’re strong. I'll do my best to fight for the podium.”

Yamaha also needs to understand the level of Maverick Vinales's M1: "We did a good job in Qatar, during all the weekend, despite what the result of the race suggests, so now we're looking forward to this week's Grand Prix in Argentina.

His performance at Losail may not have met with expectation but Maverick knows what to do at the South American track: “This season we're going to take it race-by-race, trying to improve every day. I can’t wait to ride at Termas de Río Hondo again - I know what it's like to win there. I hope to have the same feeling again this year and be able to fight for the victory." 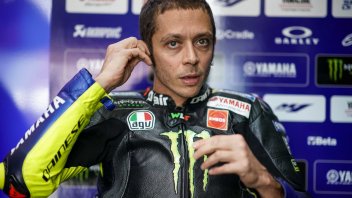 Rossi: “I'm in the same situation as a year ago”
MotoGP
Moto2
Moto3
Sbk
MotoE
MotoAmerica

After winning the first instance of the trial brought by the two former custodians of the villa in Tavullia, the outcome has been reversed on appeal
18 hours 25 min ago

Spaniard, Italian and New Zealander set for induction into the Hall of Fame in 2020 Jorge in Jerez, Maz at Mugello and Hugh later in the year
1 day 17 hours ago

Last week a member of the MotoGP family lost his life.Here are the details of his funeral and a link to a memorial fundraising page in honour of Gary
3 days 11 hours ago

The riders had complained about too many holes: new asphalt for Turns 1, 2, 9, and from 16 to 19, including the return straight.
4 days 15 hours ago