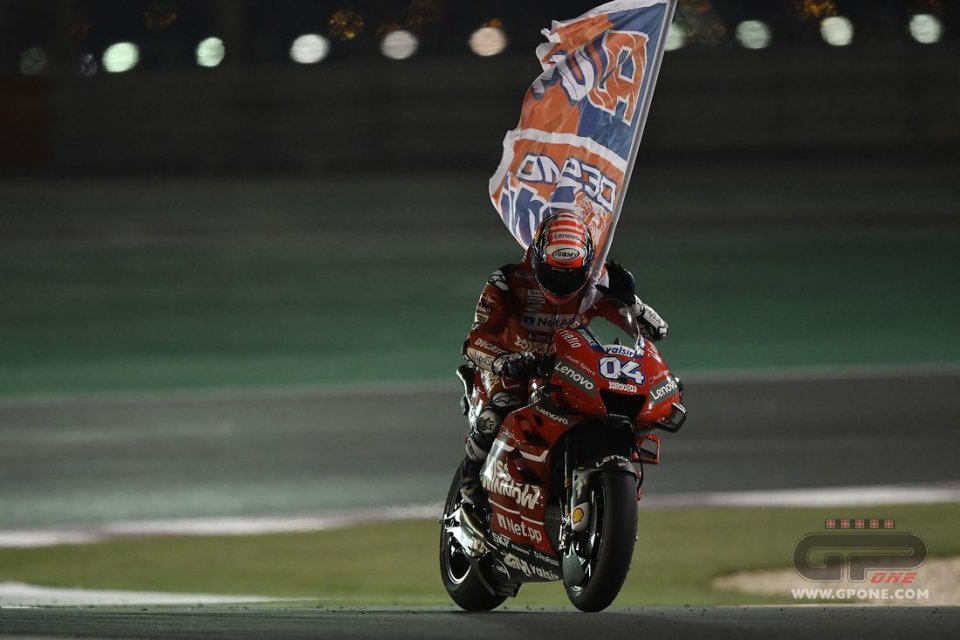 For Ducati it was a victory over the whole line. The FIM Court of Appeal confirmed Dovizioso's victory in the Qatar GP and declared the 'spoon' legal. The Desmosedici will therefore be able to continue to use the appendix mounted on the swingarm, which does not have the function of generating downforce.

Below is the official statement:

During theMotoGP race at the season opener in Qatar on 10 March 2019, technical protests concerning the use of a device on the Ducati machine were lodged with the FIM MotoGP Stewards by Team Suzuki Ecstar against #43 Jack Miller (Ducati), by Repsol Honda Team against #4 Andrea Dovizioso (Ducati), and by Red Bull KTM Factory Team and Aprilia Racing Team Gresini against #9 Danilo Petrucci (Ducati).

The protesting teams considered that the device was primarily an aerodynamic device and therefore not compliant with the MotoGP technical regulations. After a hearing, the four protests were rejected.

Following a hearing in Mies on Friday 22 March, the MotoGP Court of Appeal handed down its decision today 26 March and the parties (the four appellants, Ducati and the FIM) have been duly notified.

On these grounds, the MotoGP Court of Appeal rules that:

-The provisional race results are confirmed and are declared as final.

-The request to declare the Device illegal and ban its use in future races is rejected.

An appeal against this decision may be lodged before the Court of Arbitration of Sport (CAS) in Lausanne Switzerland within 5 days pursuant to Article 3.9 of the 2019 FIM World Championship Grand Prix Regulations.

VIDEO - The flames spread during a day of free practice, no harm to people or structures
6 days 9 hours ago

The reigning champion wins race 1 but ends up on the ground in race 2, giving the Suzuki rider his first career success. A 4th and 7th place with a...
6 days 15 hours ago

A non-stop week for the Ducati rider, beginning with the Misano tests, then a bike ride to Tavullia, and today on the Dorno track
1 week 10 hours ago