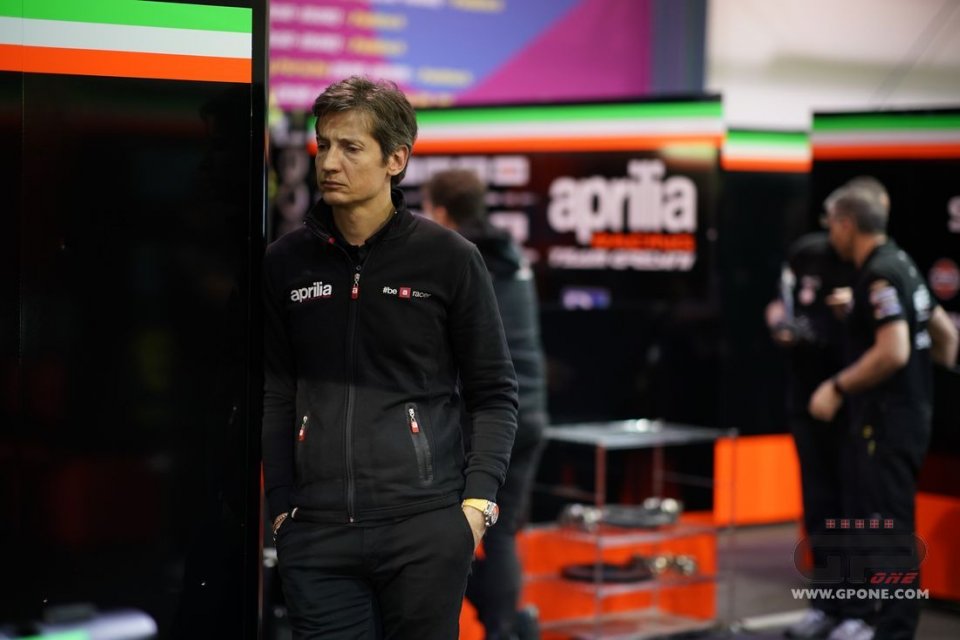 Mugello is celebrating today. Many fans have come to the circuit for the Aprilia All Stars, a day to celebrate Noale-based brand. In the midst of so many appointments on the track and in the paddock, there was also time to talk about the topic that is on everyone's lips these days in MotoGP: the Ducati case. "I messed up my first MotoGP race," Massimo Rivola, Aprilia Racing's new CEO, said jokingly.

What was the mood yesterday at the hearing of the FIM Court of Appeals?
"What I expected. We weren't exactly friends hanging out at a caffè (laughing).Seriously though, I think we were able to demonstrate that a wing generates a downforce. It's elementary."

What result do you want to achieve through this protest?
"Not to change the result of the Qatar race or take away Dovizioso's victory from him.  I don't  expect big changes in the short term, but  everyone must understand that clarifications are needed on a regulatory level."

Why is limiting aerodynamics so important?
"In Formula 1, I learned that development in this area costs a fortune in relation to the insignificant benefits achieved.  But even a small difference can make you win a race. Just look at how the gap at the finish line in Qatar was reduced."

What’s the solution?
"If limits  are not set, costs are bound to increase, and I can't deny that Aprilia, which is the team with the smallest budget, would be particularly penalized. My job is also to highlight certain critical issues, and it's best that this problem came out in the open in the first race rather than later in the season."

What do you suggest?
"I suggest a clearer regulation.  I know there will always be gray areas and the work of sports directors and engineers is also to find them, as Ducati did, but putting limits on aerodynamics is necessary, and it is the will of at least 4 of the 6 teams that race in the MotoGP."

Having clear rules isn't enough. They also have to be respected...
"Lots of money is spent in MotoGP, and the Federation must be able to control everything. I don't think it's acceptable that it doesn't. This is where we need to raise the level of professionalism."

Leaving  this case aside, what memory did you take home from your first GP?
"It was exciting. It was like going back twenty years to my first Formula 1 race. I knew I would  find a world full of emotions because I always followed the MotoGP. Only, now, I'm no longer a spectator, but I'm fighting on the front line. My passion for motorcycling was the reason that brought me here, and I know I have a lot to learn."

How were your first months of work?
"Companies are made of people, and I need to get to know them.  There are aspects of managing a Formula 1 team that I can bring to the MotoGP. And it's not about professionalism but about certain procedures. In Noale, I found very capable people, and I believe there is substantial room for improvement. Aprilia is the leading company in  technology in the Piaggio Group, and we have a great responsibility."

In racing, that's about winning...
“Aprilia boasts 54 world titles, and I want to reach 55, as soon as possible. I know it's ambitious, but if you're not, you'll never get where you want to."

What is your first objective?
"Getting on the podium, and not because all the riders  in front of us fall but because we deserve it (he laughs). I've always worked with drivers, I know four-wheels well, and I'm curious about two-wheels. I also know that a rider is above all an athlete, and the biggest difference is his mindset.” 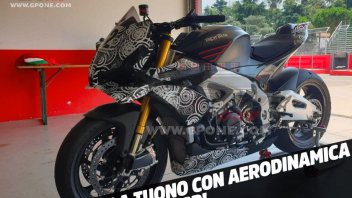