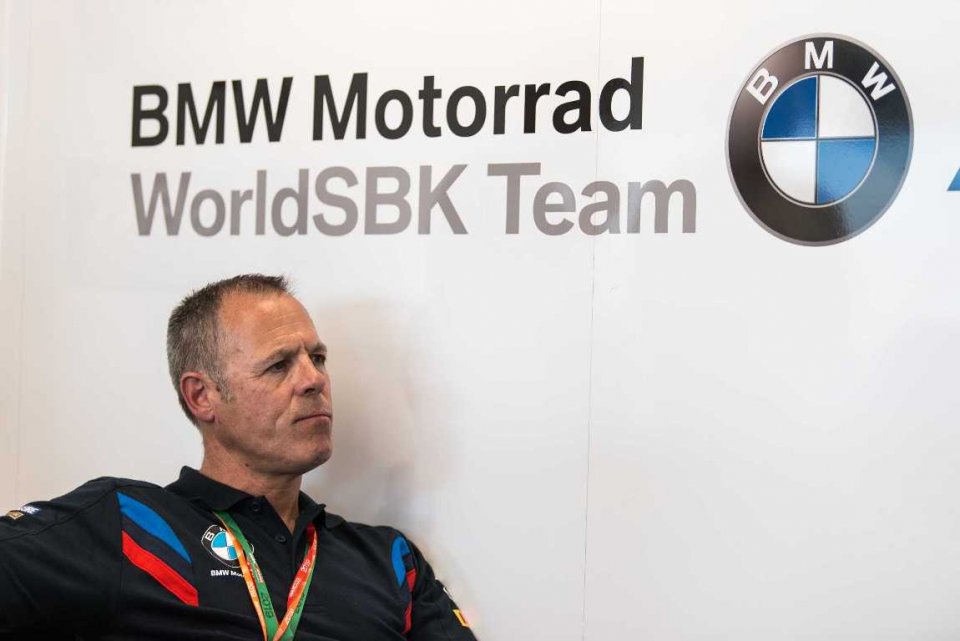 One thing is certain: it hasn't been an easy season start for BMW in World SBK. Yes, because Shaun Muir's team has not scored the kind of results it was hoping for. Expectations are high of course, but the team also has to bear in mind that the project began very late, riders Sykes and Reiterberger still racing with the Stock engine. The team manager sums up the current situation and outlook.

“Our project was brought forward by two years  - begins Shaun Muir – as it should have begun in 2020, while instead we were on track already in 2018. It's a kind of race against time, in that we need to develop a new bike and that's far from simple”.

And yet in initial testing, the S1000RR appeared to have good potential.

“We were very close to the best with Sykes at Jerez, in terms of race pace. The frame definitely helps, one of the bike's strong points. Unfortunately though, in terms of the engine, we're losing a lot, as what we're currently using is a Stock version”.

Everyone is asking when we'll see the new engine.

“The engine developed in Germany will arrive in time for Imola, seeing as we'll be able to exploit concession parts in Italy. We're currently focusing on various aspects, like aerodynamics for example. So we'll race at Aragon with the same package used in Australia and Thailand”.

What will change with the new engine?

“It will weigh less and be a lot more compact, another strong point is performance when exiting the slow corners, as the BMW will be faster. unfortunately we're suffered in terms of speed up until now, but with this update we think we can be fighting in the top five”.

Shaun, what do you think about this year's championship?

“I think Bautista has interpreted the Ducati better than anyone, just as Stoner did with the MotoGP. He's the only rider able to make the difference with the Panigale right now, as the others are struggling, as we can see from the results".

Everyone's talking about engine revs. What would change if Ducati's limit gets cut?

“I don't think anything would change if they were to take 1000 rpm away from the V4. Some would be pleased of course, but I don't think we'd see Bautista finishing last. You can increase a bike's revs as much as you want, but if you can't transfer this power to the ground it's no use”.

What's the secret behind the Bautista-Ducati pairing?

“This bike derives from the MotoGP and Alvaro rides it as if it were a MotoGP. He can interpret it better than anyone right now and his performance proves this”.

Shaun, where will BMW be come mid-season?

“I think that once we have the new engine we'll be able to take a good step. The bike is new, but it has potential, the frame and aerodynamics for example. Having said that, we'd like to be running top five, this is the priority, or, why not, fighting to be with the top three manufacturers”.