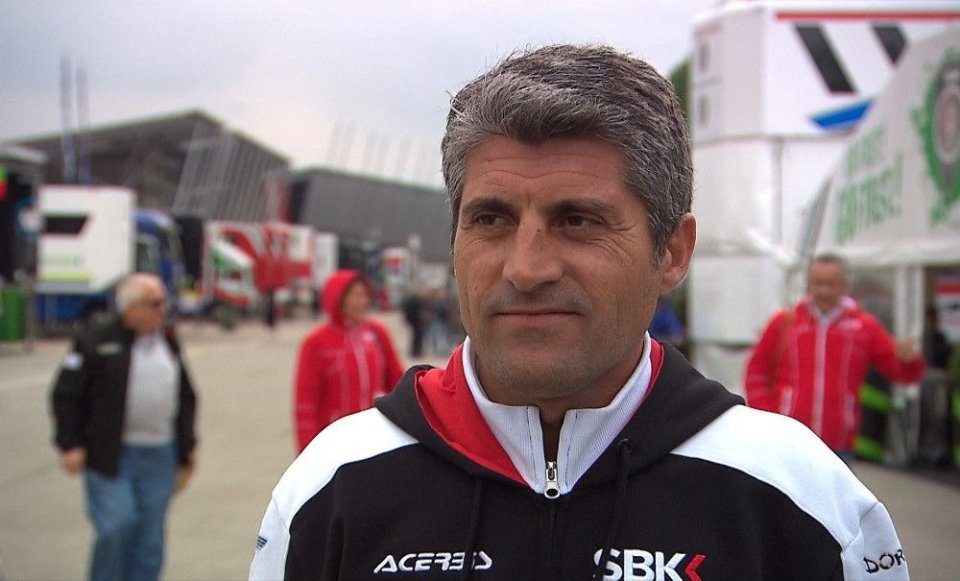 "The Ducati has too much of an advantage. It must be limited. The Championship has already been written. We need to limit revs or increase them for the chasing pack." These are some of the rumors that are taking place in the Superbike paddock after the second season round on the Buriram track. Alvaro Bautista has taken it all, and many are wondering what Dorna will do after Aragon's famous third race. So, we took the opportunity to talk about it with Gregorio Lavilla, the new Championship director who took Dani Carrera's place.

Lavilla, compared to last season, you mixed the cards on the table.

"A year ago, everyone said that Rea was always winning, but now it's Bautista," he began jokingly. "I believe that the scenario of the Championship has changed after these first two races, even if we are only at the beginning, and we must avoid hasty evaluations. Certainly, as we’ve seen, the bar has risen but, I repeat: we are only at the second race.”

Are you surprised by Ducati's performance on the track?

"Of course, I can't deny it. I'm surprised, as are the fans, experts, and also Ducati itself."

Bautista is dominating the World Championship with impressive gaps, and everyone expects Dorna to intervene and balance the situation. Right now, the only option  is to limit the revs, since your hands are tied with the Concession Part.  What will happen at Aragon?

"I think we need clear things up about this. Dorna is not here to punish or penalize those who win. It's true that Bautista is dominating, but we’re only at the second race of the World Championship. No one has a crystal ball to predict what will happen from Aragon onward. Besides, there’s only one Ducati that is winning at the moment, since the others are suffering. I'd like to give you an example."

"Last year, we limited Kawasaki's revs before the start of the World Championship, then we stopped intervening, despite Rea dominating throughout the second part of the Championship. His bike was always winning, on every track, but where were the other ZX-10RRs? And all I hear about is revs. Certainly, they're important, but they don't revolutionize the vehicle. With fewer revs, Kawasaki raced faster than at the MotoGP in Jerez. Also, the World Championship tracks are not only made up of straights."

So, there won't be any intervention?

"We'll have to see. As you know, there is a company outside Dorna that operates by calculating the algorithm, which is based on several factors, such as victories and gaps during the race. Once we've analyzed this data, we'll see how we have to behave."

Let's change the subject. Has the Panigale V4 opened the era of the MotoGP in SBK?

“This year, I think we've seen a big investment made by the manufacturers, and I think it's amazing for a rider, when compared to the past. In my day, there were different tires and suspensions, and you couldn't even intervene on the regulation. Apart from this brief introduction, if all these manufacturers decide to launch a replica of the MotoGP on the market, it would be a new commercial sales strategy, and we'll have to be ready to welcome it."

Will we also see bikes with wings like in the MotoGP?

"We've already discussed this with MotoGP. If the standard bike provides them, we certainly cannot ban them."

We mentioned Bautista before. Is he the rider that the SBK was lacking?

"I think every rider on the grid is a potential winner. If he is an important rider, the track will tell, as always. He is certainly a great talent, given that he comes from a Championship with the best from around the world.”

Finally, let's talk about circuits. Will Buriram not be part of the 2020 calendar?

"At the moment, I have to be honest and say that there is no agreement to renew and, therefore, it's out. But I know that, on their part, there's a will to continue."

"There was a project, but after the last inspection, the FIM considered that the works hadn’t been carried out according to the indications and, consequently, it was impossible to approve it."