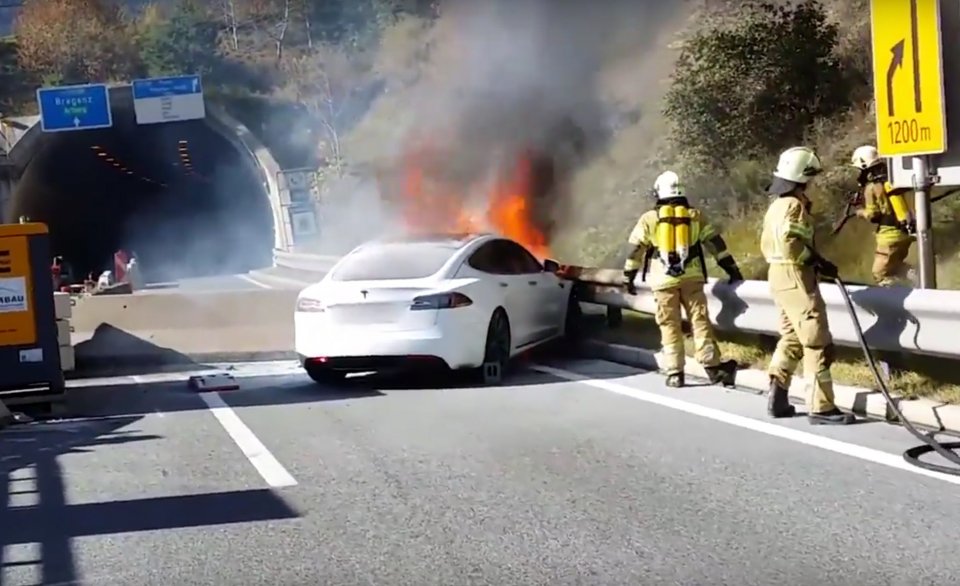 The fire in the MotoE paddock at Jerez has highlighted the risks involved when this kind of vehicle burns. Putting out an electrical (bike) fire is not like putting out burning fuel-powered bike.

Despite the general belief that fossil fuel is more flammable, in actual fact a flaming battery pack needs particular interventions in order to be tamed.

This is confirmed by Tesla, the leading manufacturer of electric cars and often in the media due to fires involving its vehicles.
The problem is the so-called "thermal runaway", or rather the fact that the lithium ion batteries can, in exceptional circumstances, display a sudden and uncontrollable increase in temperature, in a sort of chain reaction that leads to the breaking down of the system's thermal balance and the complete destruction of both the battery and the vehicle.

The Tesla S manual reads: "Under normal usage, lithium-ion cells do not evolve gases. Lithium-ion cells will only emit gases if severely abused: for example if severely crushed, heated to more than 150°C for an extended time, or severely overcharged. Tesla batteries include multiple layers of protection to prevent abnormal charging. These protections include electronics to detect and prohibit overcharging, mechanical fuses to isolate cells, and a mechanical charge interrupt device within each cell that permanently disables a cell upon overcharge.”

But how do you put out a burning electric vehicle?

The first thing to consider is that the fire can result in a release of toxic gases. When a battery burns, sulphuric acid, carbon monoxide, nickel, lithium, copper and cobalt can also be released into the atmosphere.

Fire marshals also have to consider the fact that these vehicles have a high voltage power supply, electrical circuits that can reach as much as 800 volts, so you won't just get a little shock, you'll be fatally electrocuted.

The first suggestion is to disconnect the power supply and for this reason, in the automotive arena, the manufacturers indicate all of the high voltage components with specific colours, often orange.

Then, in the case of a fire that is defined as electrical, water is useless and in fact only encourages the decomposition of the lithium which gives way to a more violent combustion.

This is why, in California, fire fighters are told to contain the fire and let it burn out by itself. Water, in large quantities, is then needed to prevent the reigniting of flames.

But when do electrical vehicles catch fire? The National Highway Traffic Safety Administration (NHTSA), an American federal agency that has conducted a survey into the fire risks, responds, stating that the main causes are:

Among these, mechanical impact is by far and away the most common. The fact that the Moto E bikes reach high speeds and are fairly heavy is not reassuring. While a race car crash, unless involving multiple vehicles, tends not to create much damage, we all know what a bike looks like following a highside.