Plans to hold a future MotoGP event in Indonesia were recently announced, with a circuit to be built as part of incredible new tourism development the “Mandalika” in Lombok. Following the Qatar GP, an official reception was held for MotoGP in Indonesian capital city Jakarta in order to further examine the project.

At the reception, Dorna CEO Carmelo Ezpeleta met the President, Joko Widodo, as well as Indonesia Tourism Development Corporation (ITDC) President Director, Abdulbar M Mansoer, at Bogor Palace in West Java to celebrate the new partnership between MotoGP and Indonesia. President Widodo confirmed his country's readiness to host the Indonesian GP, with the nation one of the most committed and enthusiastic markets for the sport in the world.

Sporting Director Carlos Ezpeleta and Indonesian Moto2 World Championship rider Dimas Ekky Pratama were also present at the event, with attendees getting a glimpse of a incredible plans of the venue that’s to be built as part of the spectacular new “Mandalika”.

Excitement for the inclusion of the Indonesian GP on the future MotoGP calendar only continues to build, with this official reception consolidating the project in another important step towards making the dream a reality.

Indonesia Tourism Development Corporation (ITDC) President Director, Abdulbar M Mansoer: "I want to thank Mr. Carmelo Ezpeleta for coming here and meeting with our president, and directly stating to the president that we are going to have a MotoGP in 2021. In return, our president extends his credit that Mandalika will host MotoGP and, most importantly, the last statement the president said to Mr Carmelo is that the country will support this; the infrastructure will be supported. We, as a state owned company, own the land and are building the infrastructure, but around the area there will be support for the airport, a longer runway, and also a terminal for ferries, high speed boats, that will bring people from Bali to Lombok. Bali is our most visited destination and it’s only half an hour by plane, 2 hours by speedboat. We will rely on Bali for the supply of rooms and hotels, so from day 1 we don’t have to build tens of hotels, we will use part of Bali. That was promised by our president.

MotoGP will bring a lot of benefit to the area. Malaysia, Singapore, Thailand and I’ve heard Vietnam will have F1, so now Indonesia – as the biggest country in southeast Asia, the biggest economy – will finally have one, so this will bring a lot of attention to the area. Lombok has just been hit by earthquakes, so this will be important in the turn around and recovery of lombock and will benefit everyone in Lombock and also in Indonesia because we’ll have our own world class circuit.

When we signed on January 28th, we didn’t expect such positive outlook and comments. Everybody’s saying ‘finally! We will save our money because we want to see this in two years!’ There’s a large population of youth here, we have a bonus demographic. This is a good place to build the fanbase of Mandalika, and everyone is telling me they can’t wait. MotoGP is the most exciting motorsport in the opinion of Indonesia because they have the biggest fanbase. There’s over 100 million motorcycles around Indonesia and the races are so exciting."

"As we announced last Saturday with the ITDC in Qatar, there has been an agreement to host an Indonesia Grand Prix in Lombok, Mandelika, for 2021 - said Carmelo Ezpeleta, Dorna CEO - We thought that it was important to be here to present that to the president and the minister of sport. We’ve had a meeting with them. They’re committed to do things as best they can. We talked about the project, about the facilities and, for us, it’s very important that MotoGP is received in a country like Indonesia, which is one of the most important countries following MotoGP and the industry of motorcycles. It’s an important step today to start a new era of MotoGP.

Asia is the most important region for the motorcycle industry in the world and, of course, Indonesia, with their big population and their interest in motorsport, this is very important.

After the success of Malaysia and then Thailand, we think that this area, for the population, for the interest in motorcycles, is very important. For us it’s always important to do it in a safe way and and in a very nice place. In this project we fulfil both things. On one side we serve a new area for tourism and economic impact, on the other we will make an absolutely safe circuit in a very nice place. The circuit is a proper, permanent circuit."

"It will be amazing for me and for the Indonesian fans because, in Indonesia it’s crazy, a lot of people like MotoGP and Lombok is my mother island, so it’s nice if I can race there in MotoGP - said Dimas Ekky Pratama - Many Indonesian people come to see me, they bring the Indonesian flags, posters of me and there’s a crazy amount of support. If we have the Indonesian GP in Lombok, for sure many people will come to support the GP. It will be amazing. I can’t wait. When I race in Sepang, it feels like home because many Indonesian people come there. When we race in Lombok, my family, friends and supporters will definitely come and it will be even more like home." 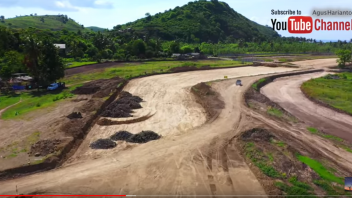 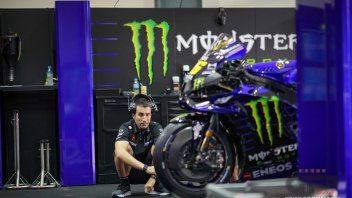 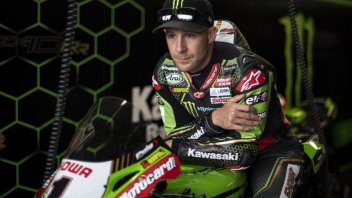 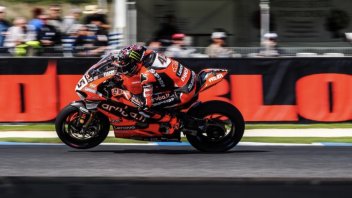