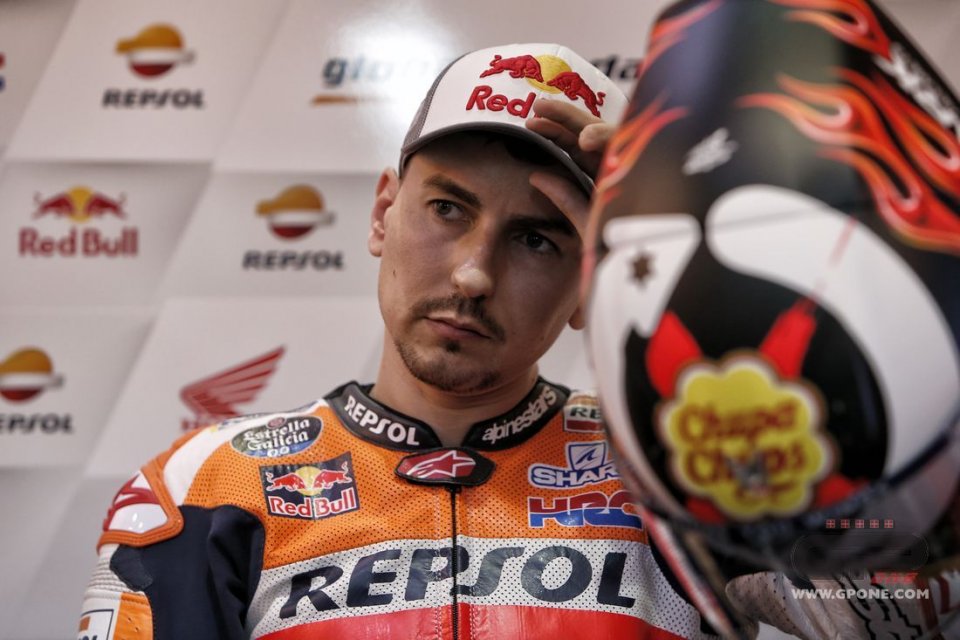 If you think that Lorenzo is disappointed because he didn't make it to the top ten for just a few hundredths of a second, guaranteeing him direct access to the Q2, you're really way off. At the end of his first day with Honda, Jorge is nothing short of radiant.

"How do I feel? Very happy, confident, optimistic, and comfortable on the bike," he said.  "And I'll tell you more. I feel that the potential is great, and I'm still not close to where I can get. This is a good sign. In the first practice session, I managed to be fast without pushing too much. I was surprised, too."

Things got complicated during the day, but the Mallorcan chalked everything up to it being a simple price to pay for the lack of kilometers.

"I still need experience," he continued. "In the FP2s, the conditions changed, and I didn't have the best set-up to adapt to it.  If I look at the rankings, I think the gap between me and Marquez is deceiving. I feel good on the bike, and the changes to ergonomics have worked. I always look for grip, and the new seat material works. Of course, it's brown, a bit of a vintage color. We'll have to change it. But now I have a very close-fitting rear, so to speak," he burst out laughing.

Jorge's desire to joke around reveals much of his confidence for the future. Marquez said that his new teammate surprised him, and he found it very interesting to be able to study his data.

"In MotoGP, it's normal to look at the other riders' telemetry. The level is so high that you have to pay attention to every detail." He explained. "My and Marc's driving styles couldn't be any different. We're like the sun and the moon. Neither of us could be fast using the other one's set-up. However, like I said, the distance between us isn't as great as it seems. I'm sure that if I improve the set-up, I can be competitive in the race. My wrist won't limit me."

During an (almost) perfect day, however, there was a detail that  Lorenzo just couldn't swallow. The Race Direction rejected the riders' request to move the race to 7pm.

"I'm disappointed by this decision." He didn’t hide this. "I think if there was a will, they could have changed the schedule, but it was not their priority.  I'm aware that there are many aspects to consider, but almost all the riders agreed to move the race up. Things could go well, we could find good conditions like today, but there's also the chance that it'll be cold, then the track will become very slippery and risky."