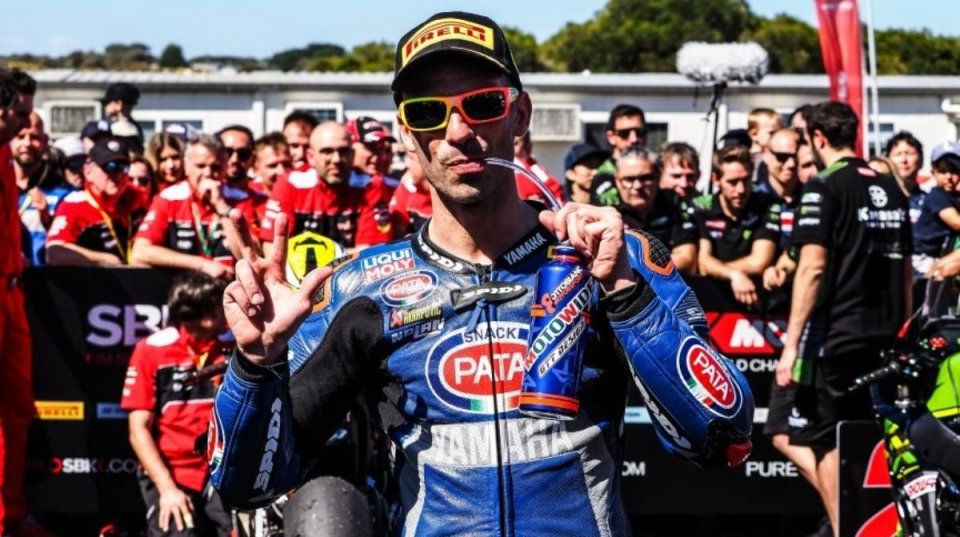 On the day Alvaro Bautista captured the spotlight in Race 1, Marco Melandri made his R1 shine on the podium of the Australian track.  A result the rider from Ravenna should frame, at the end of a race that was a total comeback, where, in the sprint, he beat Alex Lowes. The method was the same we saw a year ago with Johnny Rea.

"I think I had a leg up in that final stretch, even if I'm not as competitive as last year," Marco began . "I knew I had to try when entering, and that's what I did. I'm only sorry for that error I made with van der Mark, just after the halfway mark, since it would have been a great incentive to reach Rea."

Did you think you’d be that fast?

"I knew I had a good pace. In fact, my goal was to get closer and fight for the podium," he continued. "I didn't think I could get so close to Johnny."

As for the tires, how important was managing them?

"Unfortunately, with the new tires, I can't make the R1 race like I'd like it to. Then, as soon as the Yamahas drop, it starts running the way I like. We have to improve a lot in this respect, but we're not far off."

How much does this victory count before the officials?

"I don't think about the hierarchy." I simply have needs, and I based by requests on those needs.  Dosoli knows that my sensations are right."

"I expect many to turn their brains off and race, no holds barred."

One last thing. Yesterday, you said that Bautista was the most favored. You were forward-looking.

"I think his secret is the package he can rely on. Today he raced apart."