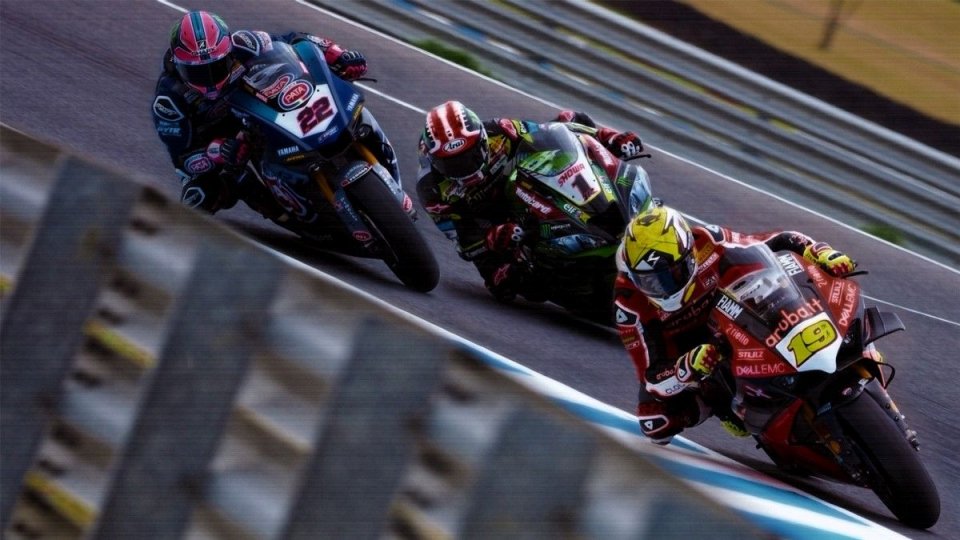 New players, new manufacturers, and new formats. The Superbike World Championship that will start this weekend at Phillip Island will present many innovations compared to last season, and the attractions don't seem to be lacking.  From the debut of the Ducati V4, with Bautista who was really on the ball, to the return of BMW and Honda, with very different current situations, and without forgetting the usual Jonathan Rea who's shooting for his fifth consecutive title. In short, all the reasons for having to get up in the middle of the night definitely exist.

BAUTISTA VS REA. FIRST DUEL WITH AN OCEAN VIEW?  Let's get one thing clear. The first thing we must not do is go from total despair to total elation. If, in fact, many turned up their noses after the Jerez tests, just as many cheered after the tests at Phillip Island. We're obviously talking about Ducati that, after having appeared unpolished in Andalusia, found - along the undulating track in Australia and in Alvaro Bautista - two great allies who are aiming for the top. The Spaniard really shifted into his highest gear during the tests at the beginning of the week and, whether or not it was thanks to the two thousand rpms more he had at his disposal with the Borgo Panigale engine, he no doubt scared the competition.  Bautista's first opponent for the weekend will certainly be Rea who has made this category his home. The Northern Irishman was not surprised by the performance of the Spaniard, not even under pressure. Is this true or is it simply pre-tactics?

WHERE ANGELS FEAR TO TREAD. WHO'S STRIVING FOR THE PODIUM?  Hypothetically leaving the two highest steps of the podium to the Bautista-Rea duo, there's one place left in paradise, and there's definitely some competition to be had. Essentially, there’s Leon Haslam, Tom Sykes's heir on the Kawasaki and very fast in the tests. But let's not forget Yamaha. Michael Van Der Mark and Alex Lowes are entering a top season, and they'll certainly be tempted to start off on the right foot. Instead, Toprak Raztlioglu, who's now fully settled and (perhaps) ready for the big leap, will probably be the big surprise.

BMW AND HONDA. SIMILAR BUT DIFFERENT.  Many will be keeping their eyes peeled for those who'll be making their historical return among the derivatives at Phillip Island, namely Honda (with its official return) and BMW.  Same genesis, but completely different situations. In fact, the Fireblade was behind, which proposes a very difficult weekend for Camier, Kiyonari, and Delbianco, while BMW has great aspirations. Tom Sykes showed that he was really on the ball, placing second in the second test day, and he can't hide his desire for the podium. Instead, Markus Reiterberger still has to gear up, but the feeling is that he’ll be able to do so with his new bike, asap.

WHO'S BRINGING THE ITALIAN FLAG TO THE TRACK? The charge of the Italians is not particularly a numerous one, but it could bring us some satisfaction and some surprises. First of all, Marco Melandri returned to Yamaha and seemed at ease on the R1, so much so as to always gravitate in the upper echelons of the standings. The podium seems difficult but not impossible to reach, while being in the top seven seems to be a mission that can be easily fulfilled. The matter is different for Michael Rinaldi and Alessandro Delbianco: the first is still struggling to figure out the Panigale V4, while the latter is grappling to become familiar with the bikes and the categories. The weekend for both doesn't seem promising, but the surprises are always around the corner.

WHO'S MISSING?  In view of the first appointment of the season, let's not forget Sandro Cortese, reigning champion of the Supersport and also steadily in the top ten during the tests. Instead, Chaz Davies certainly needs to climb back up the ladder.  The Welshman found himself an opponent who is undoubtedly top-level in the pit, and the tests at Phillip island showed us a weak version of number seven. Chaz no doubt has not lost his shine, but it seems that the road towards a complete fusion with the Panigale is still a long one for him, unless the adrenaline of the race gives him an immediate jump start. Then there's Eugene Laverty, who still has to reckon with the Ducati. Another rider we should keep an eye out for during the season.

The young rider was transferred to a ward at the Meyer hospital in Florence. She fractured her pelvis at Mugello during the first CIV test but will...
11 hours 55 min ago

Upon authorization, highly skilled sportsmen and workers will be allowed to cross borders
1 day 7 hours ago