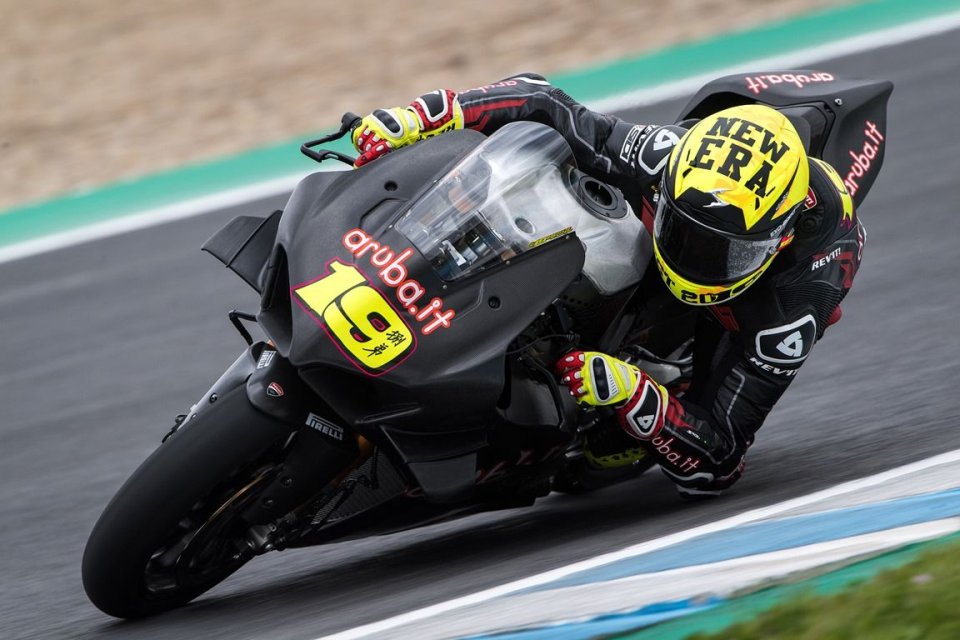 For two-wheel enthusiasts, the long winter has come to an end, and the curtain will rise next weekend on the new Superbike World Championship season. While waiting for it to begin, teams and riders are already arriving in Australia, since engines will be starting up on Monday for the traditional test that precedes the race weekend. The two days at Phillip Island will unveil the top in the field because we'll also be seeing all the teams in action. In fact, it will be the first time in this pre-season, since Honda has kept its cards close to its chest up until now.

The HRC Moriwaki Althea team, in fact, declined the traditional appointments at Jerez and Portimao, preferring to work behind closed doors on the Buriram track, which will host the second round of the derivatives in March. In Thailand, Camier and Kiyonari, therefore, kept in the shadows and, consequently, there's great curiosity in understanding at what level the Fireblade SP2 will be. The only Honda seen to date was that of Alessandro Delbianco at the debut with Genesio Bevilacqua's team.

If, on one hand, some questions remain, on the other, there is an absolute certainty with Johnny Rea, the star performer this winter.  It was precisely during the last run in Portugal that the Cannibal trimmed off a second from the competition, confirming the potential of the ZX-10RR. What will try to put an end to the domination of the rider from Northern Ireland is the Panigale V4 with Chaz Davies and Alvaro Bautista. The Spaniard was able to forge ahead, proving himself capable of adapting to the Superbike after the leap from MotoGP.

This is what the recent tests revealed, where the Aruba color bearer permanently occupied the upper positions of the class. The opposite happened for the Welshman, who was forced to deal with adverse health conditions. But what counts is the race, so making hasty judgments is not allowed. During the two days of testing, the Ducati trailblazers will have time to sharpen their weapons and can rely on some new features from an ergonomic viewpoint.

That the pre-season tests can sometimes be misleading is true, but the fact remains: there have been no revelations, among all, Alex Lowes and his Yamaha.  The British rider has shown that the R1 has all the credentials to be astounding. Now he just has to prove himself. The same confirmation that Marco Melandri is looking for with his new adventure in the GRT team.  A sort of return to the past for number 33, with a Yamaha that seems to have brought up some questions regarding balance.

And what can be said about the BMW, with Tom Sykes leading the development of the S1000RR along with his partner, Markus Reiterberger. Number 66 has also shown that he can adapt to the new bike, even if he'll have to wait for the first European races to have all the material available, since the bike will not have the complete package yet at Phillip Island and in Buriram.

Finally, among the topics of interest, we can't leave out the private teams. In fact, we'll see what steps forward were taken by Michael Ruben Rinaldi's and Eugene Laverty's Ducatis in Australia. The young rider from the Romagna region of Italy will have the task of not disappointing expectations after taking the helm from Xavi Forés, while the Northern Irish rider will be ready to amaze everyone with the GoEleven colors. Looking at Puccetti, the spotlight is on Toprak Razgatlioglu, one of the young riders intent on arriving with the best, so much so as to have been a real surprise last season. Last call before the race also for Jordi Torres, in action with Perdercini's Kawasaki.