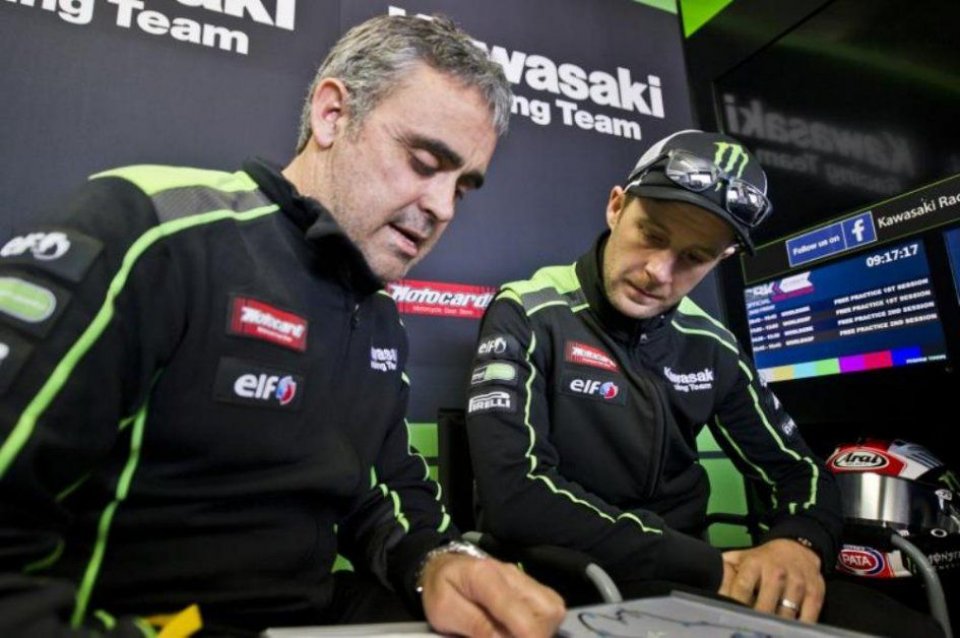 It’s the bike that everyone wants to beat. Kawasaki has dominated the last four World Championships, but the competition is intent on ending the Japanese manufacturer’s dominance. A week after the start of the season, KRT has lots of confidence in Pere Riba. The project manager is aware of the potential of his bikes. Yet, at the same time, he doesn't underestimate the opponents, who can't wait to break the bank.

Pere, during the winter, many talked about the potential of the Panigale V4. Did that surprise you?

“Up until now, no,” he commented . “My personal opinion is that there has been a marketing error. Let me explain: they sold the project of the new bike as being an impressive one in terms of performance, but without first seeing it on the track. Certainly the Panigale V4 is a good bike, with a good margin of growth, but I haven't seen anything exceptional at the moment.”

So, do you believe that they suffer the gap?

“Nobody knows what will happen on the track. What I can say is that, during the tests, the bike showed that it had potential, both with Alvaro and Chaz, but not as much as they initially thought perhaps.”

Instead, the Kawasaki has only certainties, right?

“We must think that sooner or later our success will end, since we’re doing something out of the ordinary.  We always try to learn and improve during the season. The first appointment will be Phillip Island, but I think it’ll take five races to understand the strong points.”

What was the big step that the ZX-10RR took?

“Brno’s test last year proved to be the turning point for each of us. Unfortunately, during the race weekend, you can’t intervene so easily on the bike and make important changes. Instead, in the Czech Republic, Johnny found his happy place again after the difficulties caused by the change in regulations.”

You dominated the last season. At this point, it’s not even easy to further raise the bar.

“I believe that inventing something new every year is the secret to our successes. If there’s a problem, we know how to solve it, as soon as possible. Certainly, the entire package is solid, and this is a great starting point.”

Rea said the engine is even more powerful.

“I have to say that the inertia of the engine is very different from last year. This engine allows us to pull ahead later but, above all, to be further effective in distance.”

Johnny trimmed a second off of his opponents in the last test. Is there any concern for those behind?

“That gap is not realistic. If it were, Rea would win all the races with a gap of 25 seconds. We must evaluate everything carefully, such as the choice of tires, or perhaps some riders didn’t have the need to chase the stopwatch.”

One last thing, Pere. Many see a great similarity between Rea and Marquez. Do you?

“I think it’s very complicated to make a comparison. On one hand, we have a rider like Marc who, in recent years, has had to deal with a bike that wasn’t at its best, but he nevertheless achieved maximum results. On the other hand, Johnny took full advantage of the potential offered by the ZX-10RR. I think there’s still a common point between the two, that is, to adapt to any complicated situation, finding the way to exploit it in your favor.”

The calendar for next year has been set and will be made public today. After Kazakhstan, another country enters the World Championship.
5 hours 14 min ago

Pecco will have to watch out for teammate Jack Miller triumphant in Motegi and eager to score another success, the fourth in his career in the...
23 hours 48 min ago