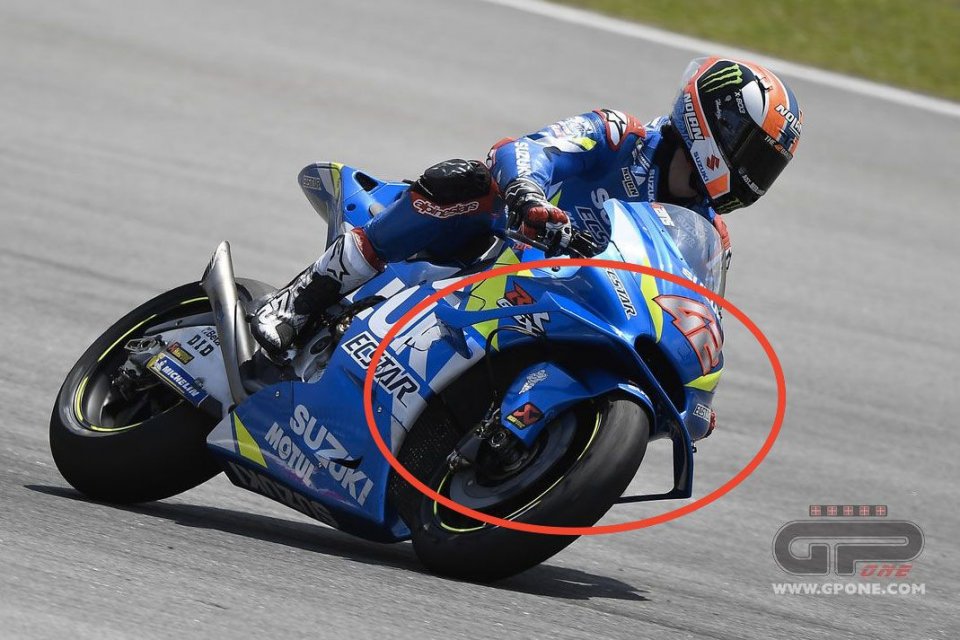 Until today, all the engineers had put their cards on the table regarding the aerodynamic changes for 2019. The only exception was KTM, which aligned itself with the competition when it came to aero fairings. Suzuki, however, decided to stop dillydallying and, at the end of the day, Alex Rins was trying out the new fairing.

As can clearly be seen in the photos, the Hamamatsu engineers have greatly lightened the shapes of the aerodynamic appendages on the GSX-RR. If before the aero fairings were very bulky, so to speak, and they were almost a natural extension of the shape of the windshield dome, now they are more detached from the line of the bike and are even thinner.

Also, in the new version, they continue along the sides of the fairing but, once again, they're thinner, losing the window-like opening of the previous version.

As was specified, today Rins tried the new fairing and, at the end of the short test, he said he was satisfied: "It's better than the previous one."